Will a hot autumn result in a long ski season? Do the phases of the moon result in better snow on the slopes? Meteorologist Magdalena Roze explains why you should always have your skis ready, just in case.

Before and after: a tale in tornado damage

The town of Joplin, Missouri was ripped apart by a tornado this week. To understand the immense destruction, check out this before and after photo from the suburbs. 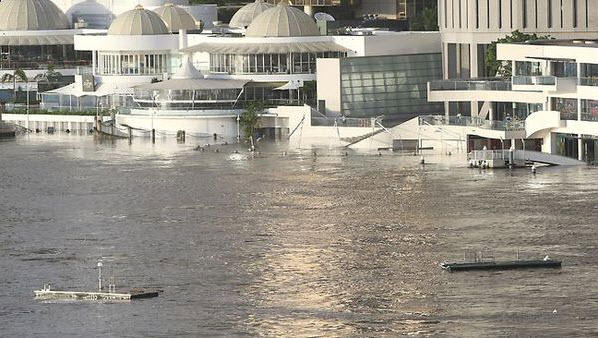 La Niña in a nutshell

The recent flooding in Queensland is a symptom of a natural weather phenomenon called La Niña, say meteorologists. Roselina Press examines exactly what this La Niña is about and how long it's going to be hanging around for.

After the expected flood peak of 9.4 metres in Rockhampton, a maximum of 9.2 was hit yesterday. Anton Lang took his camera and walked around his flood-affected city, snapping photos of submerged roads and ducks swimming through football fields.

The worst case scenario brings the edge of the water level to within 500 metres of our home, and at those edges, it’s just a matter of an inch or so deep, at the very creeping edge of this massive flood, writes Tony from Oz in Rockhampton.

PHOTO GALLERY: Rain on the rock

A magical look at Uluru during a storm, with waterfalls down the sides and ethereal fog hanging over it. Photographer Peter Carroll was up at dawn to capture these glorious photos.

Does climate change cause wars?

Linking climate change to extreme weather or famine is like linking smoking to lung cancer. Smoking doesn't make cancers grow, but it significantly raises the possibility of them occurring, writes David Roberts.

Five years ago New Orleans was rocked by Hurricane Katrina. Check out USA Today's superb multimedia site, outlining what happened in the storm, the immediate after effects and the rebuilding of a destroyed city.

Over 1,300 dead in Pakistan flooding

Monsoon floods in Pakistan have claimed the lives of over 1,000 people, with more disastrous rain expected in the week ahead and tens of thousands stranded. One of the worst hit areas is the Swat Valley, previously a Taliban stronghold.

Where the hell did that water spout come from?

Lennox Heads has been declared a natural disaster zone by NSW Premier Kristina Kaneally, after a tornado tore through the town yesterday. But how does a tornado happen and why so quickly?

Page 1 of 3
There are 27 articles in weird weather