A pro-Islam bias in Texan schools?

Members of the Texas Board of Education think that the current prescribed school textbooks are too pro-Muslim and anti-Christian in their focus. A worthy recipient of our 'USA: WTF?' tag, we think. 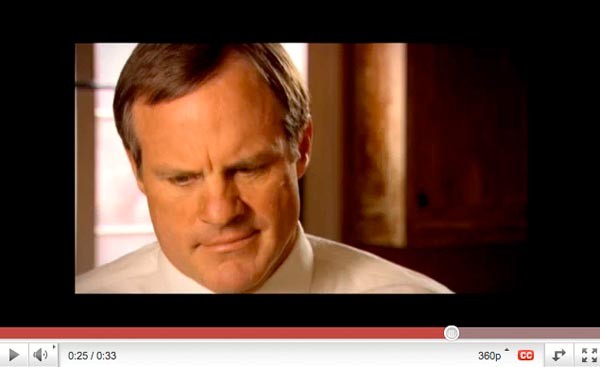 This is Alabama: we speak English

Another golden ad from the US gubernatorial race (it’s the gift that just keeps on giving): Tim James wants drivers license exams to be run in one language, and one language only… [youtube]http://www.youtube.com/watch?v=B9ohsvJHkbY[/youtube]

The Tea Party gets a TV network

The US's right-wing Tea Party movement is starting a TV network called RIGHTNETWORK, for "Americans who are looking for content that reflects and reinforces their perspective and worldview." Fox is suddenly looking decidedly "fair and balanced".

Crazy letters to the Pentagon

Stars and Stripes sifts through some of the craziest letters ever sent to the US Defense Department. Suggestions include building a "Noah’s Ark Biosphere", a raft of 9/11 conspiracy theories, and parachuting trained bears into the Middle East to capture Bin Laden.

Has the American conservative Tea Party movement boiled over into a bevvy of beverage-based politics? Meet the Coffee Party: a pro-democracy, anti-corporate movement building grass-roots traction across the States,

Sarah Palin goes rogue at the first ever Tea Party National Convention (and all for the low, low price of $100,000!). Is she gearing up for a presidential run in 2012? Did the crib notes help? Have the lunatics finally taken over the asylum in the U-S-of-A? Is First Dude Todd really pulling all the […]

Just what is Sarah Palin up to?

Despite leaving politics in July, Alaska's favourite hockey mom, Sarah Palin, is possibly more visible now than ever. Is she preparing to challenge Obama in 2012, or just riding high on the wave of kooky conservatism sweeping through the States?

The Washington Post looks at how an email by a conservative blogger at 5am can run through the blogosphere, the beltway and the parties, and end up being broadcast to Tea Partiers across the nation by Rush Limbaugh in the very same day.