Stott Despoja: Pollies lie because we let them

Businesses are forbidden from engaging in misleading or deceitful contact by the Trade Practices Act. Why don't politicians have to abide by the same rules? asks Natasha Stott Despoja.

The Australian court case on Vioxx, pitched as a landmark judgement against its makers Merck, flashed past in a blur, writes Paul Smith.

Rather than listening to medical advice on the long-awaited maternity reforms, the government pays attention to a union more focused on protecting incomes than helping prospective mothers, writes Professor Lesley Barclay and Professor Sally Tracy.

The government’s plan for Telstra appears to require a form of divestiture, says Andrew Bartlett. It would be great to have better laws -- forcing asset sales -- wherever anti-competitive behaviour exists. 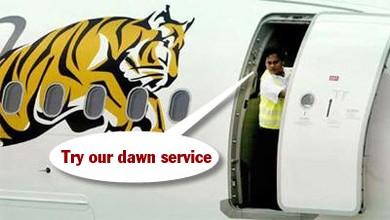 Singapore owned Tiger Airways could get skinned by the ACCC over its sale of 30,000 FREE tickets last month.

Don’t be fooled: not everything that’s a "survey" is research. Depressingly often, it’s what the market research industry calls "sugging" (a loose acronym for "selling under the guise of research"), fugging ("fundraising...") or dugging ("databasing..."), writes Stephen Downes.

Today Richard Pratt, Companion of the Order of Australia, was the subject of deliberations in the Federal Court this morning that ended in a $36 million fine for admitted breaches of the Trade Practices Act. Which hardly seems becoming for a man who signs himself AC.

Richard Pratt sent a memorandum to all Visy employees yesterday, explaining the settlement reached with the ACCC.

There are 10 articles in Trade Practices Act