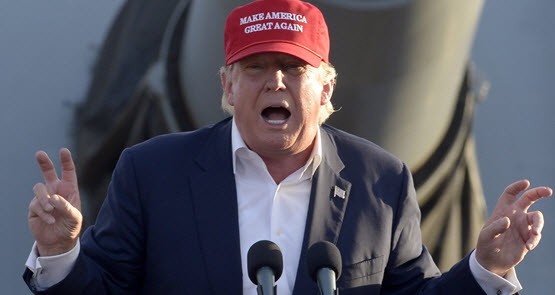 It was a 2010 revival in Washington, with Sarah Palin, Michele Bachmann and Ted Cruz addressing lackadaisical 60-something Tea Partiers. But then came Trump ...

Crikey readers talk the Commission of Audit and whether property development lobby groups should count as "lobbyists".

What GFC? The economic nuttiness of Andrew Robb

Andrew Robb seems to forget about the GFC, misunderstands government debt and has a grasp of economics akin to that of The Tele. So why is he a Coalition frontbencher? 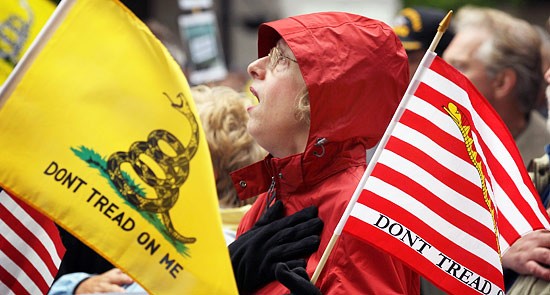 Berg strains his Tea on US Republican Right

The US Tea Party isn't that hard to understand -- the libertarian streak is tiny and they're an uneasy fit in the Republican Party. Chris Berg doesn't seem to understand.

How to spot a fake grassroots movement

A new study show how the Tea Party was conceived by tobacco executives with Citizens for a Sound Economy, a group established by billionaire brothers David and Charles Koch. Graham Readfearn explains.

Occupy Wall Street: a Tea Party by any other name

Tea Party activists and the much younger Occupy Wall Street protesters are in furious agreement that they are not alike. But neither generation has exclusive ownership of the frustration sweeping the US.

Since 1990, the Australian Public Service has become more top-heavy, with a growing and male-dominated senior executive service and a corresponding reduction in the lower employment bands, writes Dr James Whelan, the public service program research director at the Centre for Policy Development

Inside the Tea Party: why these culture wars are personal

The Tea Party’s wildfire success has fundamentally changed US politics and sown the seeds of its own undoing, writes Harley Dennett in Washington DC.

Did the Tea Party win the debt debacle?

The New York Times gets together a panel of experts -- including Glenn Greenwald, Lara M. Brown and Dan Schnur -- to discuss whether the controversial Tea Party movement emerged as winners from the debt-ceiling deal.

The death of Glenn Beck

After his successful Restoring Honor rally last year, US shock jock -- and Tea Party supporter -- Glenn Beck has seen plunging ratings and his show dropped in numerous cities. What happened? Was he too extreme for the conservatives?