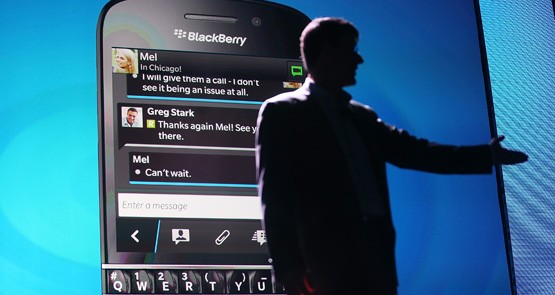 From crackberry to crapberry: the Betamax of mobiles?

The once addictive, industry-leading BlackBerry is now barely competitive in the smartphone arena. Technology commentator Richard Chirgwin charts its rise and rapid decline.

How Android took over the UK smart phone market

In just 18 months, Google's Android has managed to nab around half of the smart phone market in the UK. That could raise to 70% in just one or two years.

Why I dumped my smart phone

Early adopter Sam Graham-Felsen was an iPhone addict from the minute it came out, until realising it had taken over his life. He explains why he quit back in 2009 for a plain old Nokia and won't be trading it in for the latest model.

Why I’m ditching my iPhone for Android

Tech journo Daniel Lyons is breaking up with his iPhone. Google's new Android OS, Froyo, blows Apple out of the water.

Nexus One got nixed: the death of the Google phone

Remember how the mythical GooglePhone was going to overtake the iPhone? Despite the hype, Nexus One sunk like a stone. Dan Nosowitz explains what went wrong.

The previously secret agreement all Apple app developers are required to sign has been made public through a very clever legal loophole (the NASA app meant it was FOI-able). Read it in all its super-strict glory.

Why Telstra castrated a great phone

Telstra's kneecapping of HTC’s handsome new HD2 reveals a company more interested in controlling you than competing for your business, writes John Addis

After much speculation and anticipation, Google has finally released Nexus One, its own smart phone which runs on the Android operating system. Can the Nexus One beat the iPhone in the superphone wars?

What’s in the Google phone?

Hackers have infiltrated Google's uber-hyped new phone, Nexus One, to find out exactly what the gadget will have to offer. So far, they've turned up a light sensor, an accelerometer, a WiFi/Bluetooth/FM radio, a magnetic compass and a 5MP camera with autofocus and flash.

By launching its own mobile phone, and selling direct to consumers, Google is trying to turn the entire mobile market on its head. It's a potential win for consumers, but the telecommunications industry won't take it lying down.

Page 1 of 2
There are 18 articles in smart phones