Fairly and effectively taxing the mining industry has been the Labor party's white whale for decades. 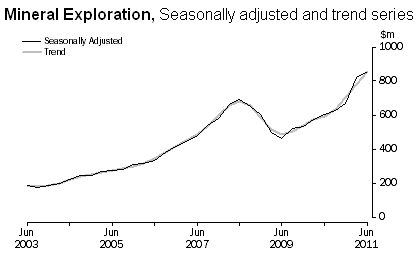 Impact of a profits tax on mining

During the election campaign Julia Gillard made three big promises - concerning boats, carbon tax and miners - and all of them have amounted to big fat nothing, says Terry McCrann.

The mining stoush: it ain’t over yet

The deal Julia Gillard cut last year with the big three mining companies - BHP, Rio Tinto and Xstrata - is reportedly under threat of unraveling, with the PM and the three companies embroiled in a dispute about whether refund royalties should apply retrospectively.

The most important thing to come out of the past two weeks of horse-trading has been the plan to hold a tax summit. Or at least it could be. It could also be a complete waste of time.

For Twiggy, war on Labor and MRRT remains an option

While the business community and much of the industry has moved on after the creation of the MRRT, Twiggy remains devoted to the cause, threatening to re-declare war on Labor with another mining advertising blitz.

The magician’s assistant: Henry gives the game away

Treasury Secretary Ken Henry has confirmed that the changes to the government’s resource rent tax regime only reduced the revenue by $1.5 billion because commodity price forecasts were revised between the two taxes.

The challenges of addressing mental health

Crikey readers weigh in on mental health, Gillard vs. the miners and Dick Smith's take on population and immigration.

Situation normal in Canberra? Alan Kohler addressed a group of senior public servants in Canberra last night and ruffled their feathers with an alternative view of the affair.

The mining sector is celebrating its compromise agreement with the federal government over the no-longer-super profits tax scheme. Minerals Council of Australia chief executive Mitchell Hooke issued this memorandum to members this morning.