A look at Obama’s use of local lingo

When Barack Obama came to town he surprised many by showing off his use of Aussie vernacular. Lauren Gawne looks at the expressions he used and how well he fared.

Like superfans, we’ve been hanging out forever for President Obama to tour, and we just about lost our minds once he finally did.

Obamarama: he came, he saw, he left quickly

Crikey media wrap: Barack Obama's first visit to Australia as president may have been brief, but the media coverage was not.

This week Barack Obama addressed Australian parliament and told us Americans could have no better friend. But, as some spoil sport Canadians spotted, it isn't exactly the first time Obama has dished out that kind of praise, writes Richard Farmer.

The two presidential flying command posts held at constant readiness at Canberra today are worth a moment’s contemplation in the context of the strategic implications of the Obama mission.

Canberra royalty gather for lamb, jewfish and a US president

It was a glittering night for Australia's most powerful as they headed to Canberra to dine with Barack Obama. Former PM John Howard, AFL boss Andrew Demetriou and crooner Kamahl were amongst the attendees, reports Tom Cowie.

Obamarama comes to town and brings US troops

Crikey media wrap: The US president is in town and he's brought US troops with him. In a significant military alliance move, Australia will have 2500 US Marines stationed in the Northern Territory within five years.

Gazing into the (weapons stockpiled?) crystal ball of Darwin’s future

Following Julia Gillard's announcement of a new US military base in Darwin, there have been no statements as to whether it will be used to stockpile and transit US cluster munitions, writes a wary NAJ Taylor. 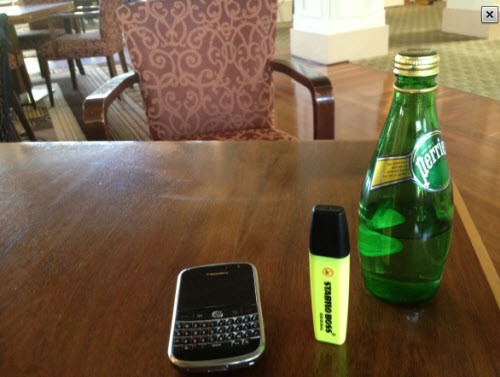 What kind of ally deprives our nation's hacks of caffeine and our skies of tiny planes?