Ten announced the departure of MasterChef's long-running judges in a bid to bolster the show's sinking ratings. Was it worth it?

It took a while, but Wendy Bacon has hit back at that Miranda Devine article. And other media tidbits of the day. 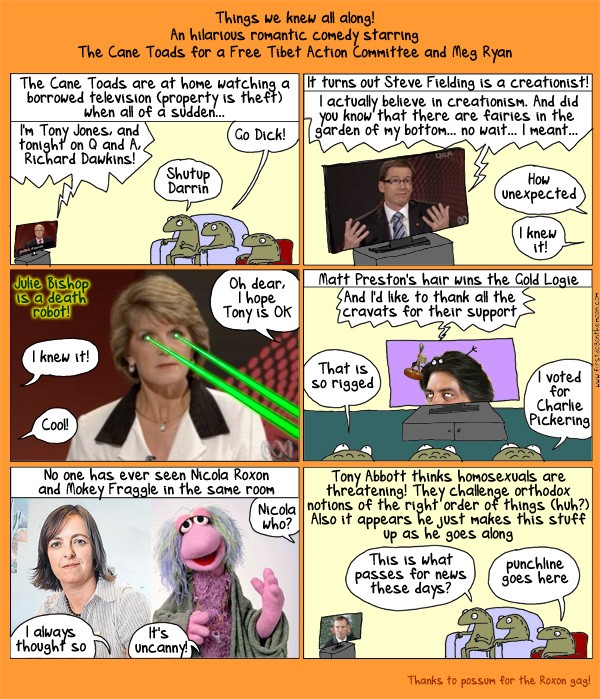 Things we knew all along!

MasterChef judge Matt Preston has joined News Ltd as a high profile food writer and, from the looks of it, he's going to be a busy man, with each state's News masthead claiming ownership of the eminent epicurean.

Celebrity food critic and break-out MasterChef star, Matt Preston, has given The SMAge the flick to write exclusively for News Corp, according to The Oz.

Matt Preston: My most delicious decade

That cravat loving Masterchef judge Matt Preston writes on his best Melbourne eats of the decade, as Indian turned into the new Chinese takeway and bar food came into a class of its own.

MasterChef: has the cash-cow been milked dry?

MasterChef's celebrity food critic Matt Preston has just released an album. No, really. Throw it in the pile with George Calombaris' cookbook, Poh Ling Yeow's TV show, Julie Goodwin's Women's Weekly column and tell Fonzie to get the water-skiis out...

MasterChef's break-out star, Matt Preston, plans to give up writing time consuming restaurant reviews, in favour of advancing his new-found career as a celebrity foodie, according to today's Oz Media Diary. Did anyone say "flavour-of-the-month"?

Myf Warhurst has had a tough year. And getting a cravat named after her by Masterchef's Matt Preston should have been a highlight. Except, she was named after the 'fat cravat'...

The Making of Julia Gillard by Firstdogonthemoon

With assistance from Jacqueline Kent

Page 1 of 2
There are 16 articles in Matt Preston