Michael Gawenda, the former Age editor and director of the Melbourne University Centre for Advanced Journalism, has quit his post. Plus, the odd relauch of ONE sports and other media news.

Glenn Beck's show on Fox News generated healthy ratings, so why did the network decide to axe it? Probably because Beck is regarded as a loose cannon, writes Matt Lewis.

The death of Glenn Beck

After his successful Restoring Honor rally last year, US shock jock -- and Tea Party supporter -- Glenn Beck has seen plunging ratings and his show dropped in numerous cities. What happened? Was he too extreme for the conservatives?

Christopher Hitchens on The Tea Party

Coming to terms with the phenomenon of Tea Party, Christopher Hitchens contrasts the extreme right party's historical significance with The John Birch Society and lambasts the poisonous politics of Glenn Beck. 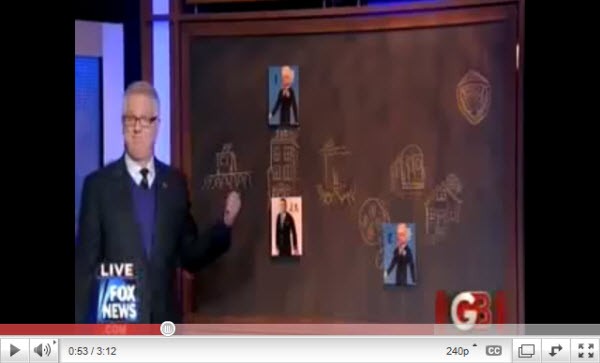 The ever classy Glenn Beck explains Julian Assange’s sexual encounters with the two women currently accusing him of rape and sexual assault charges, complete with barbie dolls, a blackboard and hefty doses of sarcasm. (Apologies for the quality, we didn’t want to force you to watch Beck’s ads).

Rundle: the Thanksgiving when Palin became the turkey

In years to come, will we come to remember November 25, 2010 as the Thanksgiving when Sarah Palin became the turkey?

Glenn Beck: inside the arrogance

A fascinating profile on Glenn Beck, the former-alcoholic, kooky Tea Party-loving shock jock famous for declaring Obama has a "deep-seated hatred for white people". So what's he like behind the polarising bluster?

From the popular Glenn Beck-Sarah Palin roadshow rounding up the conservative faithful to the crucial Republican dinner that Palin is hosting in the powerful political state of Iowa, all signs are pointing to a Palin 2012 presidential campaign. 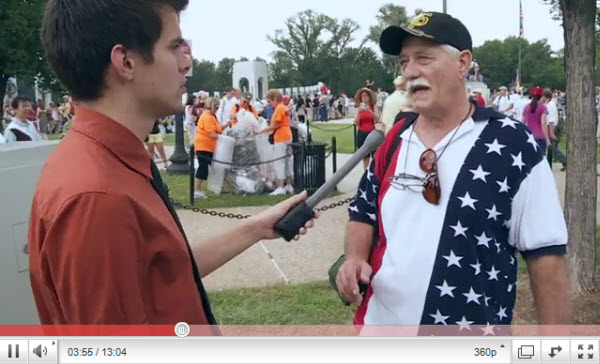 Barack Obama is a racist, a Muslim at heart and also divides the US along race lines. What, you didn’t know? Don’t worry. The attendees of Glenn Beck’s ‘Restoring Honor’ rally are here to straighten you out. God bless freedom of speech.

Page 1 of 4
There are 37 articles in Glenn Beck