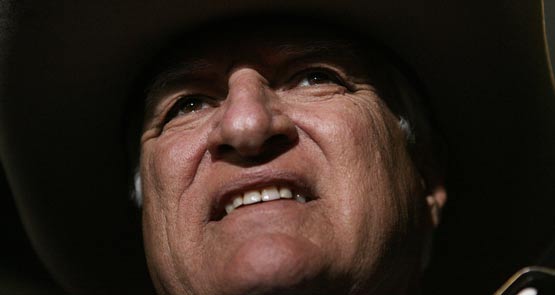 On the trail with Bob Katter, the mad visionary, part one

Bob Katter is boot-scooting through Kennedy, talking a mile a minute in pressed jeans and a big hat, and expounding on commos, ethanol, a big Australia and Mein Kampf.

The problem with a ‘big Australia’

Crikey readers talk snooker, the RU486 pill on the PBS and the "growth fetish" of Australia.

Carr: there is little logic for a Big Australia

Opinion polls have demonstrated time and time again that Australians are not supporters of a Big Australia. And rightfully so, given the facts, writes Bob Carr.

If Melbourne and Sydney had similar-sized populations and city-linked economies as Paris and London, there would not be a debate in Australia about building a high-speed rail link between them.

McKew: Sydney needs to be saved, and this is how

Dick Smith is one of many Australians advocating a "shrink Australia" attitude which may constrain the potential of cities like Sydney. Sydney doesn't need tight population control - it needs to be redesigned and re-imagined, says Maxine McKew.

An array of high profile business leaders have come out in support of Kevin Rudd's controversial "Big Australia," arguing population expansion needs to be part and parcel with economic growth.

Julia Gillard and Tony Abbott are falling over backwards to endorse their views on border control and restrictive immigration policies. Both are using the population debate as a political football, writes Mark Kenny.

Kevin Rudd's very public support of a "Big Australia" may have been a strategic mistake, but now nobody knows what Labor stands for on population other than so-called "sustainable" growth, says Paul Kelly.

Gillard’s first weekend on the job

Daily Media Wrap: The Australian media was littered with commentary over the weekend from an overstimulated press gallery as Julia Gillard began to settle into her new job as Australia's first female PM.

There are 9 articles in big Australia