Good morning, early birds. DFAT documents reveal increasing concern about the health of democracy in the Indo-Pacific region and encourage the government to take action, and firefighters continue to battle record blazes. It's the news you need to know, with Rachel Withers. 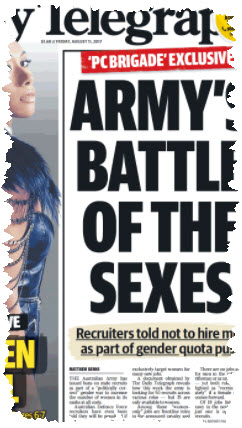 Political correctness gone mad, of course, as men have been forbidden from joining the army, reports the Tele. But is it a ban?

Evolve or die: Australian Army envisions the future of warfare

Images of soldiers fused with bionic limbs and cybernetic upgrades seem absurd, but a new report says the future could hold a type of war made unrecognisable by technological change, writes Crikey intern Paul Millar. 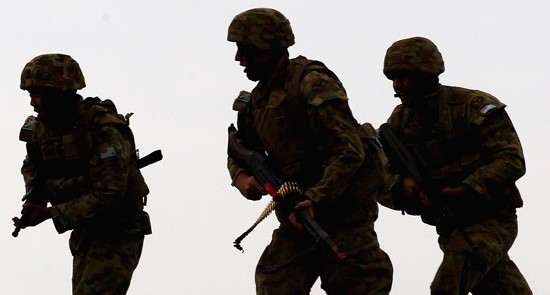 Steve Ager couldn't admit his psychological suffering to himself, and was then warned off admitting it to his military superiors. The trauma of witnessing horrific scenes at home and abroad still haunts.

The 2013 Defence white paper is a failure before it starts. Unworkable. Unaffordable. A loss of national defence capability; continuing. With no end in sight, writes Eric Palmer.

The purpose of a military, once we ignore recruitment drives and feel-good advertising on humanitarian work, is to kill, writes Dr James Connor, a senior lecturer with the University of NSW.

Unrest in the ranks as retired troops slide into poverty

Fixing Defence once and for all

Telling the truth on Afghanistan

As casualty numbers go up, and community support goes down, it's worth reminding ourselves again why Australia is losing lives and spending billions in a far-away-land called Afghanistan ...

A group of Islamic extremists in Melbourne have been arrested over plans for a suicide attack on an Australian Army base, according to The Australian.

Page 1 of 2
There are 11 articles in Australian army