Owned by world’s largest breakfast cereal manufacturer, Kellogg’s, based in Battle Creek Michigan, which sells in 180 countries around the world and spends US$1.4 billion a year on advertising.

Sport: Nutri-Grain’s sponsorship of the Iron Man series has made it the most recognized sports brand in Australia.

The Ads: Nutri Grain’s TV and print ads tells boys and young men that eating the cereal will help them become ironmen. 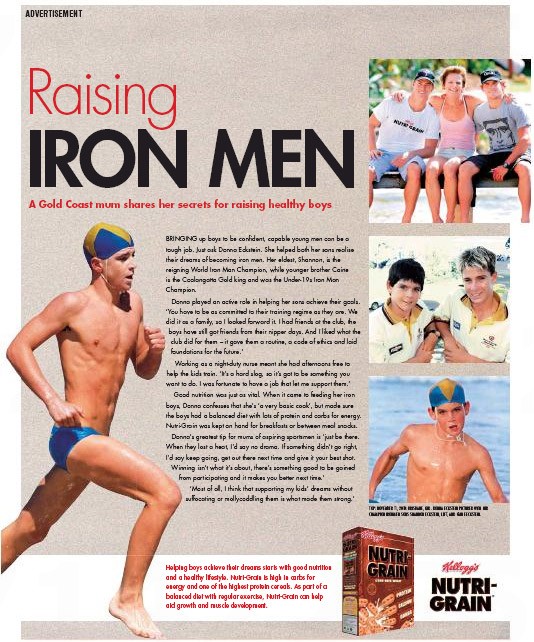 Food facts: One third of Nurti-Grain is sugar. It’s also low in fibre.

Expert Verdict: Choice Food for Kids gives it two red lights, for sugar and salt. “It’s long been promoted as ‘iron man food’ and claims to be ‘the energy cereal’, which gives Kellogg’s Nutri-Grain a healthy, active image that is far from accurate. Remember that energy is just another word for kilojoules and in this case much of that energy comes from sugar.”