The cult of Garrett

The late autumn night will glitter with stars, the lights will play from the mantled roof of the Melbourne Town Hall, at the top of the stairs the heavy copper doors will swing open, as the city welcomes its latest leader … Mayor Jane Garrett.

Could it be? That’s the word on the street. For days, since the resignation announcement of Robert Doyle, a whispering campaign has been gathering, suggesting Garrett as a Labor candidate for the byelection scheduled for May — and aired this morning in Garrett’s regular spot on the high-rating ABC Jon Faine morning show on ABC Radio Melbourne.

The sudden push to make Garrett the new lord mayor is being presented as some sort of talent search for the best candidate, fixing on a dynamic Labor figure. In fact, it’s a desperate improvisation, made possible by Robert Doyle’s resignation, and one being spruiked to journalists by spinners from both Garrett’s “Industrial Left” (IL) faction, and the right’s new “Centre Unity/Mods” (CU) faction. But has it come about because the preferred prize — a federal seat lined up for Garrett, as part of the CU-IL agreement, has now become an impossibility?

And what is it about Jane Garrett, a somewhat blemished inner-city politician, that excites such loyalty and passion?

“What is it about Jane Garrett? I don’t know, nobody does,” said one grizzled veteran of Brunswick, a loyalist to the Socialist Left (SL), in Labor’s developing factional wars. “But they [the IL] are obsessed with her.”

By the account of those who have stayed with the SL during this breakup — between the CFMEU, the RTBU and a range of smaller unions on the “Industrial” side, and the might of the SL — much of the reason for the split turns on the denial of a state upper house berth for Garrett in the 2016 preselections.

Garrett, Melbourne-born, an ANU graduate, took on the safe Labor state seat of Brunswick in 2010. It was the last election it could be described as such. Garrett, sometimes spoken of as a future premier — especially by the Labor ANU clique in which she had moved — suffered a bruising campaign in 2014, with a surging Greens party taking her to a narrow victory on Liberal preferences.

One Brunswick lifer says that the campaign nearly did her in. “It wasn’t just exhausting; it’s … well, it’s hard to be rejected by a whole community, and that’s what she was facing in 2018.”

It seemed a sensible move to try and find another seat, but when Garrett announced she would not re-contest Brunswick, a wave of anger greeted. Control of the inner-city was falling to the Greens faster than anywhere in Australia; carpetbagging members would accelerate it. Garrett is said to have tried for the seat of Melton, in Melbourne’s outer west. And by 2016 things were starting to unravel.

Some of it was rotten bad luck. Garrett had a breast cancer diagnosis, part of the reasons she gave for relinquishing a 2018 Brunswick re-run, and in 2016 she was assaulted in Carlton by a disturbed stalker who targeted ALP members (Latham had an alibi). But her greatest disaster was a stunning error of judgement; as emergency services minister, she backed the semi-volunteer Country Fire Authority, in a jurisdiction dispute with professional firefighters, and the United Firefighters Union (UFU).

“Jane should never have been emergency services minister. The dispute with Peter [Marshall, the UFU’s fiery head] got out of hand. It came in the middle of the federal election. Shorten blamed it for losing a seat in Victoria, and hence the election.”

By now, those who believed Garrett to be the great hope of the party were dwindling, but not among the nascent IL sub-faction formed in late 2015. The group had backed SL leader Kim Carr in his improbably successful attempt to ward off toppling by his federal colleagues; but when the IL put up Garrett for the Western Metro upper house region, Carr blocked her candidacy.

“Kim did it for the good of the party,” Mr Brunswick says. “You can’t cut and run on a seat.”

“That’s bullshit,” a source close to the IL’s convenors said, when asked for comment on that view. “Kim did a deal with [other SL sub-faction convenor] Andrew Giles for backing on cabinet posts; that’s why he blocked Jane.”

Sources close to Garrett say she is passionate about the lock that the Stability Pact has placed on preselections and party democracy. “We’ve had a 50+1% rule for a decade, every preselection is mapped out, no one a tiny clique don’t like can get on a committee, so how can you get your ideas through?”

By this point, negotiations for a public deal between the IL and the Moderates right-grouping were well under way – so when Garrett’s upper-house bid was killed it was Mods public ‘face’ Adem Somyurek who trailed a coat for her, telling the ABC:

“The Labor Party can’t afford to lose people like Jane Garrett, they come along once in a generation and I don’t know what the party’s thinking, but she’ll be back.”

Such sentiments are eerily reminiscent of sentiments that SL members say come continually from close supporters of Garrett, a mantra that has been chanted since she was at ANU. Talent-spotted there, by the veteran SL figure John Langmore — Garrett was at the time running with a politically mixed crowd, centred around the son of former NSW premier Nick Greiner — Garrett would later be part of a semi-legendary houseshare with leading labour lawyer Emma Walters and Sharon McGowan (her place was taken in the friendship group by Luba Grigorovitch).

McGowan, a former media chief and chief of staff for Victorian premiers Steve Bracks and John Brumby, and then a consigliere for Eddie McGuire, exited politics (she’s now CEO of Stroke Australia), and her place was taken by Luba Grigorovitch, the young, dynamic head of the very hidebound RTBU.

A couple married into the tribe: Walters, formerly at Slater and Gordon, is hitched with John Setka, Victorian head of the CFMEU, Garrett to James Higgins, a former Slater and Gordon lawyer who handles the account for both the RTBU and the CFMEU. Both Walters and Grigorovitch were said to have sought state seats. 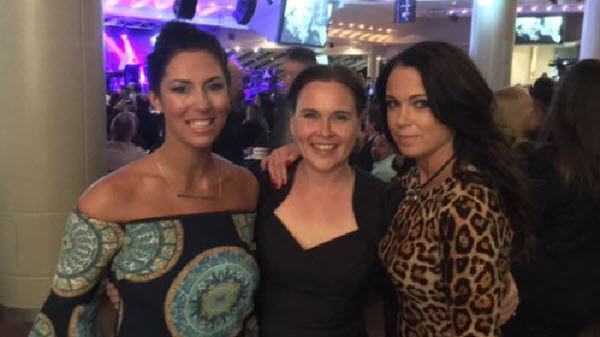 This network now sits at the centre of the new IL grouping, and since late 2016 has had its eye on three Victorian seats: the new seat to be based around Sunbury for Garrett, the northern outer-suburban seat of Calwell for Grigorovitch, and Jagajaga in the in inner northeast for Walters.

Grigorovitch told Crikey she would not be seeking a state or a federal seat in the future.

“They couldn’t get Walter up,” Mr Brunswick said. “Too close to the CFMEU, and Shorten put his foot down about dumping any cabinet members to get the IL a seat [Jagajaga is held by Jenny Macklin].”

Said a source close to Garrett: “the cabal stuff … what are we, the witches of Eastwick? Do people think that men like John Setka and Shaun Reardon [of the CFMEU] could be run like that? It’s the sort of sexism that the Stability Pact entrenches: a few middle-aged men running things.”

Whatever the case, it now looks like Garrett will not be in line for the new federal seat either, through choice or circumstance. But spinners for the IL and CU have denied that Garrett was ever lined up for the seat, or at the centre of the IL breakout.

“Jane came along late to this,” one source close to the IL’s convenors — Mark Gepp and uh, Luba Grigorovitch — told Crikey yesterday. “This was about unions and others who feel that workers issues have been put last by the Andrews government, getting together.”

Fifteen minutes later, a source close to Mods figurehead Adem Somyurek called in with the near-exact same words: “this is not about Jane. Jane is an incredible figure, but this is an arrangement between groups on both sides who’ve been excluded by the ‘Torrens Title’ process of the Stability Pact.”

Both then spruiked the allegedly marginal Garrett as a candidate for lord mayor.

The alleged marginality of Garrett provokes laughter from Mr Brunswick. “It’s all about Jane! When she got knocked off for Western Metro, the CU-IL pact was on like a gong! That was the casus belli for them!”

The mystery deepens. Garrett has racked up a lot of demerits, and Labor would need an absolute A-1 candidate to win the mayoralty in the business-slanted Melbourne local electorate. On Faine’s show this morning her handling of the issue was less than stellar

Faine: What are the pros and cons [of you running for Mayor]?

Garrett: Oh uh, for me personally, you mean?

Garrett: Well, uh, for the city, I uh — well the city has its challenges …

Caller: What are your views on the Victoria Market redevelopment, and the removal of the car park?

Garrett: Well, uh, that’s I mean there are views on both sides, and I’d be saying something about that.

Faine: At the appropriate time? You must have a view?

Garrett: Well look I’ve shopped at the market since I was a baby …

And, baby, you’ve come a long way. But is this it for the long, strange journey of Jane Garrett? And just how much of Labor’s political capital is her faction willing to spend in her advancement?

Correction: This article was corrected to reflect the following: James Higgins and Emma Walters both no longer work for Slater and Gordon. Higgins is currently employed by Gordon Legal.

NEXT: the rise and rise of Adem Somyurek …