Australia's state and federal governments must work together to get offshore wind projects up as the costs are too high to go it alone, an energy expert warns.

Australia’s state and federal governments are being urged to work together on establishing offshore wind projects and ensure locals get the long-term jobs.

Climate Change and Energy Minister Chris Bowen on Friday announced six preferred regions as the federal government shapes an electricity grid set to be dominated by renewable energy sources within this decade.

“It’s really important that developing offshore wind is a combined federal and state initiative, because no one state can justify the supply chain investment alone,” analyst Tim Buckley at Climate Energy Finance said.

He said offshore wind makes “great sense” if it plugs into the established electricity grid infrastructure of power-producing regions like Victoria’s Latrobe Valley, and the Hunter and Illawarra regions of NSW.

“This will help to balance and reduce the higher cost of offshore wind development,” he said.

With projects well advanced in the Bass Strait off Victoria’s Gippsland, public consultation will begin immediately for works in that region.

Areas earmarked are the Pacific Ocean zones near the Hunter and Illawarra, South Ocean waters near Portland in Victoria, the Bass Strait off northern Tasmania and the Indian Ocean off Perth and Bunbury in WA.

“Australia’s wind resources are among the world’s best, comparable to the North Sea, an area that’s leading the world in offshore wind generation,” Dr Taylor said.

Flotation Energy, developer of a project called Seadragon adjacent to oil and gas platforms in Bass Strait, welcomed the push to declare the region suitable for offshore wind.

Once declared, the federal minister will invite applications for feasibility licences. A similar process will follow for other zones, potentially unlocking billions of dollars in investment.

“This is a strong move by the federal government and recognition that offshore wind will have a key role in getting Australia to 82 per cent renewable energy by 2030,” Flotation Energy operations director Tim Sawyer said.

Positioned near existing industrial regions, each project could play a key role in transitioning local economies and ease the job shock from any phase-out of fossil fuels.

The Victorian government is already backing the sector, including the well-advanced Star of the South offshore wind project off the Gippsland coast, as the state moves to halve its emissions by 2030.

Tony Wolfe, a senior operator at a coal power station in Latrobe Valley and a community advisory board member for the Star of the South, said the project is the most advanced in Australia.

Charlie Prell, chair of Farmers for Climate Action, said the Gippsland project is a logical proposal that “should have been approved years ago”.

But he said training will be needed for local workers to get the jobs and to make Australian industry capable of cashing in on the transition, producing towers and turbines.

Mr Bowen said the new sector could bring up to 8000 jobs annually. 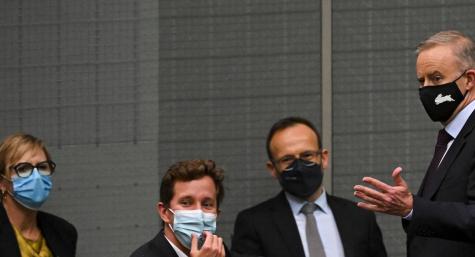 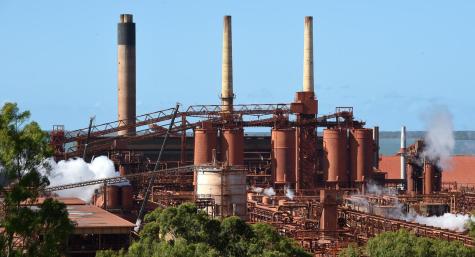