Iraqi cleric Moqtada al-Sadr has urged his supporters to continue their sit-in at parliament until demands for early elections are met.

Iraqi populist cleric Moqtada al-Sadr has told his supporters to continue their sit-in occupation of the Baghdad parliament until his demands, which include early elections and unspecified constitutional changes, are met.

The remarks, delivered by the Shi’ite Muslim leader in a televised address, are likely to prolong a political deadlock that has kept Iraq without an elected government for nearly 10 months.

The moves were a response to attempts by his Shi’ite Muslim rivals, many of whom are close to Iran, to form a government with prime ministerial candidates that Sadr disapproves of.

Sadr won the largest number of seats in parliament in an October election but failed to form a government that would exclude his Iran-aligned rivals.

He withdrew his MPs from parliament and has instead applied pressure through protests and the parliament sit-in, drawing on his popular base of millions of working-class Shi’ites.

Sadr reiterated during his address that he was ready to “be martyred” for his cause.

The deadlock between Sadr and his rivals has left Iraq without a government for a record time in the post-Saddam Hussein era. 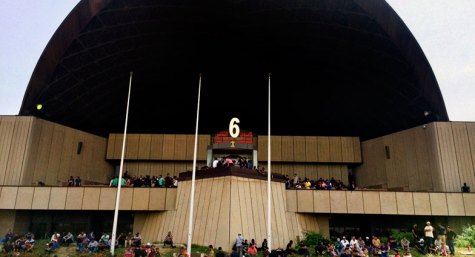 With the fall of the Green Zone, ‘our’ Iraq comes undone