Flying in the face of fact: are we all celebrities when it comes to emissions?

Whether you're on a private jet or sitting at the back of a commercial plane, flying is still an elite, carbon-intensive pastime.

A popular Twitter account set up by a teenager and powered by a bot has ignited discussion about the carbon emissions of the rich and the famous. Private jetsetting is carbon intensive — as Jack Sweeney’s Elon Musk-baiting @CelebJets account shows — but so too is strapping into a standard plane.

Climate and energy consultant Ketan Joshi put it bluntly: billionaire or not, if you’re flying, “you are someone’s Kylie Jenner”. Or Tom Cruise or Vladimir Putin or Musk, the latter of whom wanted to pay Sweeney to take his Twitter account down.

Co-Director of the Energy Transition Hub, Associate Professor Malte Meinshausen, told Crikey that although wealthier segments of the population have the finances to fund a low-carbon lifestyle, they tend to balance this with carbon intensive activities like flying.

“Actual negative emissions costs quite a bit more than the feel-good tick box option of planting a tree,” Meinshausen said. “But at the moment we don’t have the regulatory frameworks to ask people not to use shoddy credits to offset their emissions.” 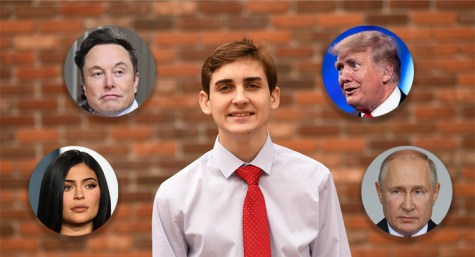 ‘Give people the power’: an interview with CelebJets founder — aka the man Elon Musk tried to ground

According to Google Flights’ built-in carbon-o-metre, a one-way Qantas-Emirates economy ticket from Sydney to London today costs $1811 and sets you back 1232kg of CO2. A business class seat on the same flight quadruples your carbon footprint. Compare that to flying up front in first class: five times the sardine seats and almost seven times the price.

“First class and business class can pay more but the perspective needs to be that even those in economy are part of the top 5% that are contributing to aviation emissions,” said Meinshausen.

So is flying always frivolous? Greta Thunberg certainly thinks so. In 2019 the climate activist famously took a 32-hour train ride to the World Economic Forum (WEF) in Davos and sailed two weeks across the Atlantic to the UN Climate Action Summit in New York. Many argued the high seas commute was a waste of time, but by 2022 standards, Thunberg not only beat airport check-in times, but disembarked with all baggage in check.

This year, organisers of the WEF took a leaf out of her book, encouraging participants to train rather than fly to the conference. Consider it image control. Past forums had almost as many private planes as participants. But rest assured, these emissions were all offset.

World leader or back of the pack on a commercial plane, it’s all top tier. That said, there are plenty of reasons people need to fly — and individual accountability pales in comparison to what is required from governments and corporations to cut emissions.

The good news is that Qantas is doing much of the work for travellers, leading the charge on emissions reductions by ensuring some of its planes never leave the airport.

Do concerns about the environment impact your decision on whether to fly? Let us know your thoughts by writing to letters@crikey.com.au. Please include your full name to be considered for publication. We reserve the right to edit for length and clarity. 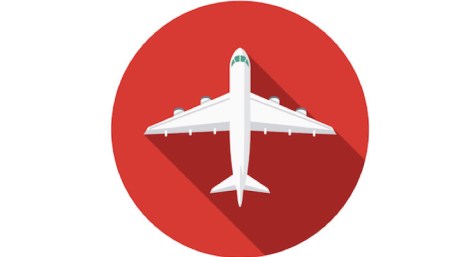 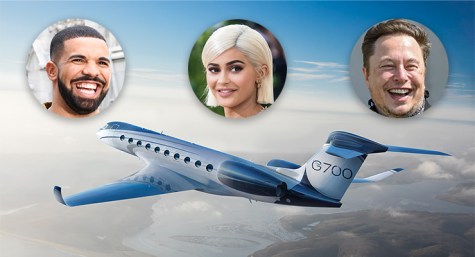 Private jets are supercharging the climate crisis. Why don’t we care?

Confessions of a carbon junkie

I suppose I’m a hypocrite, because I’m concerned about global heating, but I also fly.

I’m like the vegan who eats meat from hotel breakfast buffets on the grounds that if it’s not eaten the animal has died in vain.

In my defence I suppose I could claim that a commercial passenger plane is going to be flying regardless of whether it’s half or completely full, and is going to be using almost the same amount of fuel. And when I’m flying I’m in the last half of the passengers making the plane full and adding little to fuel consumption.

A rationale even if not particularly rational.

I agree with your first and last lines.

True, but if you and your family and a few others want to fly that route, and the plane is already full, then a new flight will soon be created. Whereas if a lot of planes are near-empty, the companies will close those routes – unless you and others take advantage of the empty seats and make a last-minute booking!

Agreed Wayne.
Its about time we invested in ELECTRIC HIGH SPEED RAIL. Just as fast as the air flights between capitals if considering point to point. No emissions as solar panels could be all along the line.
AND
Start manufacturing electric vehicles in Australia. In early in life I was an electric traction motor designer. Can’t wait for an electric hatchback faster than my current 520HP model. Electricity is a lot cheaper than 98 Octane fuel.

All travel in a machine is dumb, but flying takes the cake – at least, until space tourism starts. An EV costs about 5 tons of CO2 just to make it. Some say that overpopulation is the problem. Instead, it’s overconsumption, a form of greed. The things we take as normal are anything but. Looks like we’ve painted ourselves into a corner…

Drastic implies that we only need to reduce our per capita fossil usage to the level that there would be enough for everybody. No, science says otherwise. While there is any fossil emission whatsoever, the greenhouse will continue to decay.

Even at 8 billion, the world has ample resources to supply the needs of everyone. To supply all the open ended wants, demands and sense of entitlement of even fraction of them is a different cup of hemlock.

Synthesising aviation fuel is well-established and making it non-fossil is straightforward. The Luftwaffe achieved superior performance from Germany’s synthetic fuels in WW2. SASOL in South Africa still provides synthetic fuels, albeit with subsidy. True, these industries used to obtain their “syngas” (CO+H2) from coal, but the syngas could easily be obtained from recycled CO2 and electrolytic hydrogen.

Very good point Julia. I am no saint. I used to fly incessantly. But my antipathy now to the whole experience that leads me to avoid flying if at all possible. That attitude was not helped after being encouraged to fly to and from Melbourne on a May weekend for the first time in 21/2 years for face-to-face board meting of a NFP board. I contracted COVID-19 on Joyce’s flying incubator on the way home. It is now very possibly that I may not fly again, not entirely for environmental reasons. Although I am being threatened with a trip to NZ to negotiation a project contract settlement. Not keen!

And having spent decades attending all sorts of meetings in every state and territory in Australia and in Europe and Asia, now we have access to online video facilities, F2F is, in my view, largely over-rated and clearly now over-used as an excuse to fly and contribute to carbon pollution. And any long haul flight is pure hell, regardless of the idyllic location to which you are travelling.

Peter Wotton
Reply to  Been Around

Sydney / Melbourne is always stress free rail. City centre to city centre, no long haul home to airport and to hotel, no check in, no security. But take your own food.
oh for an Aussie TGV!