Our vulnerable world: Taiwan makes more than 90% of the world’s advanced computer chips

Supply chain problems, COVID-19 and America's reliance on China and East Asia have left the production of semiconductors vulnerable.

Last week the US Congress passed the CHIPS and Science Act, a US$280 billion investment package that will boost science and technology research and domestic semiconductor chip manufacturing. $52 billion of that will build fabrication plants and fund research and development technologies and $24 billion will go towards incentive tax credits.

The global semiconductor market is projected to exceed $600 billion in 2022, a tenfold increase in three decades. This legislation is a major initiative, with implications for supply chains, American manufacturing and national security.

Semiconductors are essential for our daily routines. Without them the modern world would grind to a standstill. Yet few of us know much about them, where they are made, or how they affect our lives. The COVID-19 pandemic exposed our reliance upon semiconductors, and the fragility of the supply chains that depend on them. 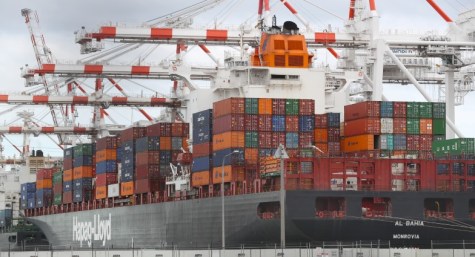 When the pandemic hit, chip manufacturing was upended. Lockdowns disrupted operations and reoriented production away from transport and industrial applications to meet demand for consumer electronics. Chips are not one size fits all. They are designed and built to exacting standards for specific purposes. This meant that as countries emerged from enforced hibernation, chip shortages contributed to output and delivery delays, which resulted in cascading chaos throughout global supply chains.

Inventory scarcity collided with pent-up demand, both intermediate and end user, contributing to the surge in inflation and goods shortages across categories from automobiles to refrigerators, power tools to printers. Snarled container shipments exacerbated the problem as freight costs skyrocketed. All these on-costs flowed downstream to consumers’ hip pocket.

Russia’s war in Ukraine also underscored possible economic and national security risks. Semiconductor components can cross more than 70 international borders en route to the final customer. While the US still leads in upstream research and development, design and intellectual property, China and East Asia — specifically Japan, Taiwan and South Korea — dominate fabrication, assembly, testing and packaging. Between them they manufacture 75% of the world’s semiconductors.

Taiwan represents a particular vulnerability, with 92% of the most advanced chips made there, while South Korea produces the rest. As Europe discovered after Putin’s attack on Ukraine, overreliance on single sources of critical inputs can lead to turmoil in a flash.

This concern is a key factor behind another Biden administration initiative, the Chip 4 alliance. First floated in March, the plan aims to coalesce the US, Japan, Taiwan and South Korea behind an integrated semiconductor framework, both to mitigate future risks and ensure continuity of supply. Rising tensions surrounding Taiwan’s future add to this impetus. 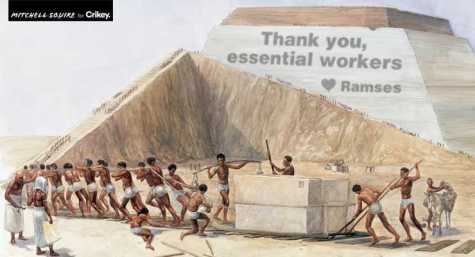 Putin’s war has also revealed the potential downsides of doing business with autocratic regimes. When China was welcomed to the World Trade Organization in 2001, it was seen as a step towards normalising future relations and deescalating conflict risk with a rising power. Proponents believed deeper integration into the global economy would hasten China’s development, lift its standard of living, and gradually nudge the country away from authoritarian rule towards a more open, pluralistic society. Increased economic interdependence would encourage cooperation rather than confrontation. It hasn’t worked out that way.

Instead, China’s rapid rise has been accompanied by a surge in strident nationalism and crackdowns on internal dissent. Creeping encroachments and quarrels with neighbouring nations have increased fears of what might lie ahead. As Australia discovered during recent trade disputes with China, friendly relations can sour quickly if China decides to express its displeasure over other matters.

This example illustrates the larger context behind a growing push to decouple essential industries — particularly those with national security implications — from dependence upon China. It also overlaps with the rise in reshoring, both to bolster supply chains with production closer to market, and to create domestic jobs for American workers.

Russia’s shock impact on global commodity flows and prices shook world leaders from their complacency. Russia is a trade minnow compared with China, particularly in advanced goods. Rebalancing trade exposure with China has been one of the few bipartisan issues in recent years.

Despite this consensus, 187 House and 33 Senate Republicans voted against the package. This was an improvement on their opposition to the initial bill in February, when 210 voted no. Rep Adam Kinzinger was the only House Republican to support it then. It seems that even while they bash China like a broken record and insist they support new jobs for American workers, most Republican politicians remain wedded to party over country. Anything to prevent Democrats from notching a win.

The additional $200 billion authorised for scientific research includes $81 billion for the National Science Foundation towards applied research and commercialisation, $50 billion for the Department of Energy’s Office of Science, and $11 billion to create 20 regional technology hubs. These investments will target artificial intelligence, robotics, materials science, biotechnology and quantum computing — among other sectors.

Our reliance on semiconductors remains invisible to most people, but this major legislative move makes visible the delicate supply chain and national security issues at play.

Iron ore prices are down, down — and it’s going to get a lot worse 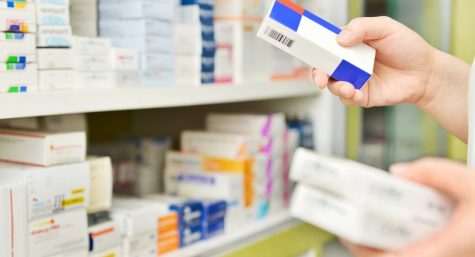 “Instead, China’s rapid rise has been accompanied by a surge in strident nationalism and crackdowns on internal dissent. Creeping encroachments and quarrels with neighbouring nations have increased fears of what might lie ahead”.

And we know which power has been causing and funding these quarrels and destabilisation attempts within China.

China’s SMIC is now producing 7nm Chips (despite US efforts) and the sale of one of the most vital components of these, Quartz Sand, to Taiwan has been sanctioned by China. Looks like Taiwan will have to find an alternative source. Oops!

Together with some other initiatives already in place, this will force Chinese manufacturers to use domestic chips from SMIC and severely reduce income to Taiwan. It will also most likely drive up Chip prices.

I always love it when writers use terms like “Global economy” when they really mean “Western economy”.

Blame the US and the rest of “the West”, not China.

I understand that the opposition to this gift of $280 billion to big tech is based on market economics. If Apple, Microsoft, Meta, et al are worried why don’t they fund a domestic chip industry. They have huge resources. More hate China guff from a Crikey journo!

Yeah, well, maybe. China’s treatment of Taiwan, following its treatment of Hong Kong, and including of its treatment of dissenters pretty much anywhere within its borders suggest there isn’t much to love.
By all means be critical of the west but China generally, and the CCP in particular, is not a victim.
Not now.

For many years it has eluded me why countries have willingly become dependent for most of their manufacturing on China. Surely the industrial weakness caused by skill losses was bound to become a problem one day. Taiwan has been clever to position itself as expert in a specialist field essential to the 21st century.

Taiwan is just as susceptible. They have the knowledge but not the materials. Capitalism demands that goods be manufactured at the lowest cost.

$280 billion is a pretty good business opportunity, but only one of many.