Tobias Moran who is charged with murdering German backpacker Simone Strobel has applied for bail with his lawyer saying the case against him is flawed.

Slain German backpacker Simone Stroble’s boyfriend allegedly suffocated her to death and told police several lies about the nature of their relationship, a Sydney court has been told.

Magistrate Margaret Quinn in the Downing Local Court on Wednesday reserved her decision about whether to grant Tobias Friedrich Moran bail.

Prosecutor Kim Gourlie opposed bail saying the circumstantial case was potentially strong, and that new witness statements had been obtained from people in Germany about their relationship.

Mr Gourlie said Moran lied to police about events surrounding Ms Strobel’s death, alcohol drunk, the clothing she was wearing and the “nature of their relationship”.

The 42-year-old is charged with murdering his then partner and acting with intent to pervert the course of justice between 11pm on February 11, 2005 and 3.30pm the following day.

Police allege Moran suffocated or smothered his girlfriend in a camper van in Lismore and disposed of her body nearby.

“There is no evidence direct or indirect that Mr Moran assaulted her in the van,” Mr Game said.

And it would be an “insane thing for a person to do,” to dump the body 100 metres away from where he is accused of murdering her, before booking back into the campsite with two alleged accomplices on the same day.

“This statement of facts is not a reliable document. It’s a theory.”

His client had volunteered DNA in recent times, and there was nothing to suggest it incriminated him.

“New DNA from 2019 … shows on the black top found on the street there is DNA from another person, an unknown male.”

He said there was no explanation why Moran was suddenly arrested early one morning in Perth 17 years after the woman was killed.

The magistrate was told the criminal trial was particularly complex to prepare for, with more than 300 witness statements.

Moran had been travelling around Australia with the 25-year-old school teacher before she was reported missing.

According to court documents, Moran made false statements to police and withheld relevant information about her disappearance.

But Moran had been living “in plain sight” of the German authorities who did their own extensive investigation and then in Perth with his wife and family, Mr Game said.

The man formerly known as as Tobias Suckfuell altered his surname following his marriage, and was not trying to be “sneaky” as police claimed, he said.

The officer in charge of the investigation “has an adverse view of him and has had for many years”.

Police told an inquest in 2007 they believed Ms Strobel was murdered by Moran, who refused to return to Australia to give evidence at the inquest.

Mr Gourlie said he had not willingly co-operated with investigating officers and only did when compelled.

Police last week confirmed they were communicating with German authorities about two arrest warrants for suspects who had been “persons of interest from the very beginning”.

His wife has offered $200,000 in security to relieve her husband of the “inhumane conditions,” he has been subject to in custody, the court was told.

Moran watched his bail application via video link from custody and will learn at midday on Thursday whether he will be released. 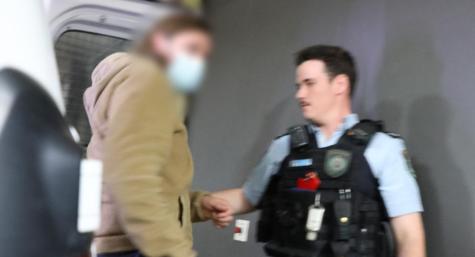 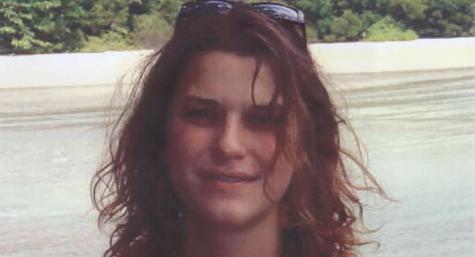 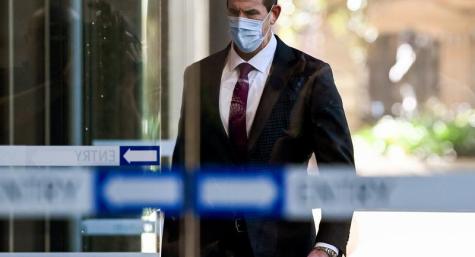 SAS soldier ‘threatened’ to give evidence