Voice to Parliament opponents call it ‘elitist’. They should try looking in a mirror

Politicians in parties with dwindling memberships and captains' picks try to paint the policy culmination of years of consensus building as 'elitist'.

“Make no mistake. This is being driven by elites who have been part of the gravy train,” she said to Sky News host Chris Smith. “An industry that has been built on the backs of the misery of marginalised Indigenous Australians, and enshrining a Voice is enshrining their voices into Parliament to ensure that they can never be removed or dismantled.”

When she made a Facebook comment reiterating her interview comments, other Voice opponents chimed in to agree with her charge of elitism.

“Well said,” tweeted Victorian MP Tim Smith, who will continue to draw a Parliamentary salary for a year after announcing his resignation after an alleged drunk driving incident.

“Senator Price makes a good point,” replied UAP Senator Ralph Babet, who was elected on the back of a near $100 million advertising campaign by a billionaire.

Politicians feebly trying to channel populism by accusing others of being elites is now so common as to be unremarkable. Price’s “gravy train” comments also evoke old tropes of Indigenous corporation corruption and native title claims — both irrelevant to the idea of a representative body.

What makes this argument particularly galling is the sheer amount of groundwork that’s been done up to this point. The Indigenous Voice to Parliament proposal comes out of the Uluru Statement of the Heart process, which included:

… a ground-breaking process First Nations [sic] from across Australia through 12 deliberative dialogues. Joining each dialogue were a representative sample of approximately 100 Indigenous people drawn from local traditional owners, Indigenous community-based organisations and Indigenous leaders. These regional dialogues selected their own representatives to attend the First Nations Constitutional Convention at Uluru. At the convention, and by an overwhelming consensus, more than 250 delegates adopted the Uluru Statement.

From there, a two-year, two-stage Indigenous Voice co-design process involving 9400 individuals, communities and groups determined what this would look like in practice. Even as the federal government holds off from saying it will implement this Voice model, its very existence is proof of a remarkably collaborative and deliberative process to consider how First Nations peoples’ experiences and perspectives could be made a core part of policymaking.

Compare this with Australia’s party “democracy”. Membership numbers have dwindled. Local branches stacked. Candidates are parachuted into electorates where they don’t live. Party powerbrokers defy the wishes of the rank and file and handpick their own candidates. All too often, Australia’s party processes — and the rest of the political infrastructure built off those parties — serve the interests of the elite.

The Voice to Parliament referendum is the remarkable culmination of years of consensus building and grassroots consultation. Before politicians try to cast it as “elitist”, perhaps they should look in the mirror.

Is Anthony Albanese’s drive for a Voice for Indigenous Australians “elitist”? Let us know your thoughts by writing to letters@crikey.com.au. Please include your full name to be considered for publication. We reserve the right to edit for length and clarity. 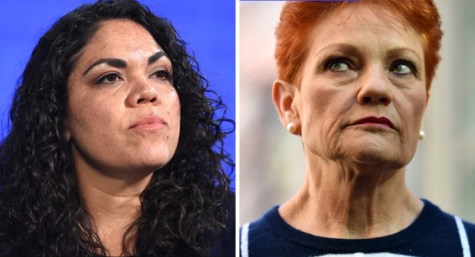 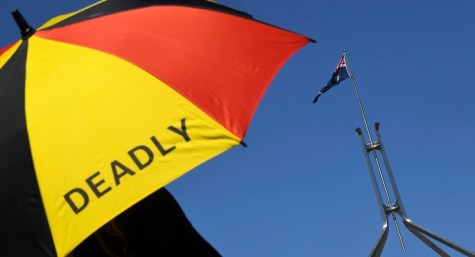 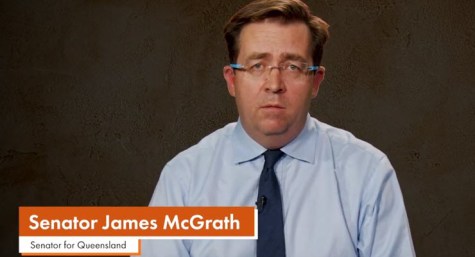 Babet says he’d rather not be in politics – for him it’s a pay cut. Shoehorned into the Senate thanks to Clive’s billions, he’s an anti-vaxxer, says that climate change science is “not settled”, believes that solar panels and batteries are “bad for the environment”, is “unhappy” with transgender issues being taught at schools, and says “the left” are normalising blood-drinking rituals. The only positive aspect of his election was that he knocked out Greg Mirabella. (Anyone with any connection to Sophie Mirabella will be forever tainted.) However let’s remain positive re The Voice. The most blatant example of Senate nepotism was when Joh slipped his wife Flo Bjelke-Petersen in, in 1981, and she was liked by both sides of the Senate, in fact she crossed the floor on 18 occasions. It wasn’t all pumpkin scones recipes. The less said about Tim Smith the better.

Why have a Parliament at all then? Why did Senator Price choose to run for election to this elitist institution? Is she afraid of competition?

Whether you agree with her, or take the PC view and insult her, Jacinta Price knows a fair bit more about Indigenous issues, racism and the cures for same than Cam – or me! But from years of personal experience in the justice system, I believe her to be absolutely correct in much of what she says. Her only problem is that after speaking a great deal of sense on Indigenous issues, she than makes a GOP rant about ‘Lefties’ (or in this case ‘elites’.) Ignore her politics, certainly, but for Chrissake listen to her on Indigenous issues. She knows whereof she speaks – most of us simply don’t!

I think the 9400 people, groups and communities involved and the 250 delegates who adopted the Uluru Statement collectively have had a bit more experience than Jacinta Price. They know whereof they speak. For the rest of us who simply don’t, why would we give more credence to Price than to 250 indigenous leaders from across the country?

Perhaps we can consider that aiming for a voice to Parliament while politically acceptable reflects the inherent lack of confidence if indigenous citizens. I tend to favour a voice IN Parliament. How to make that work is the challenge.

Agree. Not overly loving the idea of enshrining a lobby group in the Constitution (for any part of society BTW). Would much prefer they have more representatives in parliament.

To understand and believe a bit more of her good faith it would be worth knowing what initiatives she may have taken about these indigenous issues when she was Deputy Mayor of Alice Springs.

You are right though, her engagement with the LNP media shills and excessive use of ‘leftist/elitist/smashed avo’ language just makes me put her in the LNP ‘stooge’ box. It muddies what good things she may have to say.

Many critics of the Voice suggest its just ‘Symbolic’ and a waste of money and we should be spending it on remote communities etc. I’m sure we can do both. And if its critics also don’t understand the everyday use of ‘Symbolism’ that we use to represent ideas or qualities or values of our people and country then they are really missing a big part of the debate.

Would you say the same of Lydia Thorpe?

Bob the builder
Reply to  Smokey

Jacinta Price, following in her mother’s footsteps of being consistently disliked by her own Warlpiri people and remote Aboriginal people in general, has had a life of privilege – but, then again, it seems these days it’s those born with a silver spoon who are always complaining about “elites”!

What is the role, or framing, or migrants and refugees in this discussion? To put it crudely, the debate seems to have been “black or white” (or colonisers and indigenous), but I’m not sure how people who were stateless prior to their “Australianhood” are considered.

I ask because the recent census reports an overwhelming cohort of non-anglo, non-indigenous residents who will be voting on the referendum.

I haven’t heard any suggestion that recent migrants should not or will not be part of the process. We wouldn’t even have the flawed democracy we do if that was the case. I think that it’s safe to assume that every citizen will be expected to vote on the referendum question and, if we don’t at least front up and put a ballot paper in the box, the appropriate fine will apply.