The Oz has lambasted a Guardian faux pas about the Stolen Generations, curiously foggy on its extensive history of culture war baiting.

Have we finally found it? The single greatest self-own by News Corp in its long history of baiting left-liberal news? On Saturday the Guardian published an obituary of Archie Roach, in which the writer made reference to the “so-called ‘stolen generations'”. As the Guardian made clear when it removed the “so-called” the next day, the error was made in trying to introduce global readers to the concept of “stolen generations”. Not good enough for Sophie Elsworth, the culture war hack labelled “media reporter” who then ran a major story about what a disgrace this was.

This will be news to News Corp’s readers, since their No. 1 boy, Andrew Bolt, has used his column and Sky News TV show for 20 years to deny that the Stolen Generations even existed — claiming, utterly incorrectly, that no child was removed for anything other than “welfare” reasons.

Wait, it gets better. Who did they go to for a rent-a-quote about how racist the Guardian was? Nyunggai Warren Mundine, who was happy to dilate on how racist the Guardian was for leaving the “so-called” phrase up for 24 hours. Mundine, who not only appears frequently on Bolt’s show but got a Sky News show of his own (with a government subsidy), joining the Sky Pravda Dark crowd. 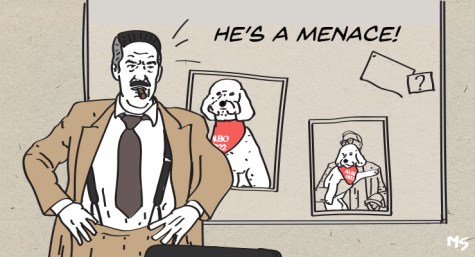 You’d think this was a high price to pay to make the Guardian squirm a bit. Many of News Corp’s readers go there to have their reactionary views endlessly affirmed. Now they’re being told that it’s shocking shocking to use a phrase that (unintentionally) throws doubt on the Stolen Generations? What’s going on here?

What’s going on is that debate around Indigenous issues is tearing News Corp apart. This has arisen because of the push for a “Voice”, championed by Noel Pearson, News Corp columnist and darling of Chris Mitchell, Paul Kelly and other grandees. The current push is being led by Chris Kenny (“led by Chris Kenny”, there’s a phrase) who warned that the chance of the Voice getting up should not be “destroyed by the left”. Yes, Chris, because that’s really the major threat to the Voice, not, say, The Bolt Report, the show your show directly precedes on Sky Pravda Dark.

So is this some three-dimensional chess thing going on, the Oz playing both sides to advantage blah blah — haha, no. Truth is, it’s completely thrown by the comprehensive nature of the Coalition defeat, have no response to it, nothing to offer the right side of politics by way of guided reflection. Mostly, it’s thrown by what the 2022 election exposed — that it has no power to direct the vote. Powerlessness always has this effect — you end up squabbling like Russian exiles in a Paris teashop. With a bit of luck, News Corp will hack away at itself for months to come.

Trouble is, powerlessness may well be one effect the Voice suffers, should it get going — its lack of ability to actually make anything happen will sew useless and unwanted division among its participants, as the frustration mounts at working in a constitutionally ordained talking shop. Still, that’s another issue. For the moment, get the kale popcorn and kombucha, sit back and watch The Australian enforce wokeness concerning the Stolen Generations. And stay tuned for the Paul Murray meat raffle. This week, tofurkey. 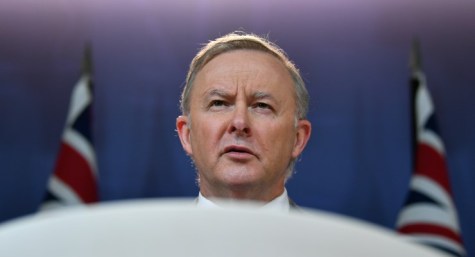 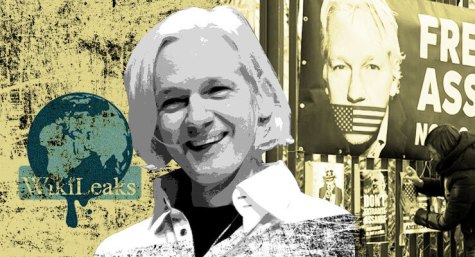 A free press should press for Julian Assange to be free

Thanks for reading News Corpse, Guy, so we don’t have to.

‘Horror vacui’? … Rupert’s Limited News is too big for one black hole, something had to fill the void left by the collapses of the Melbourne Truth and MAD magazine.

Hold on there Melbourne Truth was mostly mendacious whereas MAD was satirical and took shots at all sides politics and all types of behaviour.

The Australian for example had become an DownUnder version of Völkischer Beobachter!

An implosion of News Corp would be a wonderful thing to watch – definitely want front row seats to that show! Kale popcorn or not

If both Moloch & Zuck hit bottom, sales of Schadenfreude will go through the roof.