A new report has looked at how experiences of trauma and neglect in childhood lead Australian boys to commit crimes in their teens.

Boys who experience violence and trauma in their childhood are more likely to become offenders in their teen years, a new report has found.

Griffith University researchers analysed more than 6000 male offenders in Queensland’s youth justice system and found a quarter had parents or caregivers who engaged in physical, verbal, emotional or sexual abuse.

One in five boys reported having an abusive father or stepfather while 13 per cent had an abusive mother or stepmother, the report for Australia’s National Research Organisation for Women’s Safety said.

Young males who reported having an abusive parent entered the youth justice system at younger age than those who didn’t (13.8 years compared to 14.4 years).

More than a third of boys who were exposed to domestic and family violence in their childhood also became perpetrators of sexual offences, Monday’s report states.

“The moment we see young people exposed to family violence, we need to act really quickly to make sure they’re physically and psychologically safe because that’s leading to problematic behaviour, both as young adults and then potentially as adults as well.”

The report found only 10.9 per cent of First Nations boys in the youth justice system had no history of abuse or neglect.

Almost 70 per cent were exposed to domestic and family violence, while the caregivers of 63.6 per cent had substance abuse issues.

“There is that cycle of trauma and especially in First Nations populations, there’s historical trauma there as well from colonisation and the Stolen Generations,” Ms Raman said.

“There is a very strong theme coming through that our responses need to be trauma informed.”

But intervention needed to go beyond the first instance of family violence or abuse, National Children’s Commissioner Anne Hollonds said.

“In my consultations with kids and families, they’re very clear that these systems are not meeting their needs.

“The systems are fragmented and they’re not able to get the help that they need, when they need it.

“This is causing kids to not be safe and for their wellbeing not to be supported through their childhood, which then has this flow-on effect.”

Addressing these issues can end the cycle of trauma at the source, Ms Hollonds said.

“This is something that people actually need to care about,” she said.

“We’re not keeping up with the growing knowledge base that says it’s far more effective, it costs the community less, and it’s better for the human rights of kids and people involved if we get in earlier.” 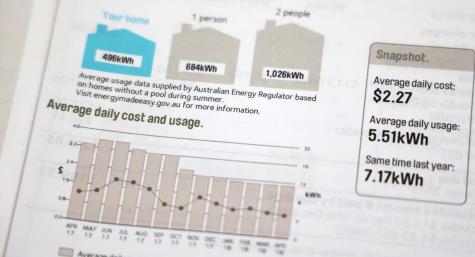 Protect every child’s right to education