Melbourne researchers have discovered a substance impedes the movement of sperm and could one day be used to create a hormone-free male contraceptive pill.

A male contraceptive pill could be a step closer to becoming a reality, with Melbourne researchers discovering a leaf extract has the potential to hinder sperm movement.

In a peer-reviewed study published in journal PLOS ONE, the research team from Melbourne’s Monash University tested the pharmacological effect of a stinging nettle leaf extract on mice.

They found it may inhibit P2X1-purinoceptor, one of two proteins that trigger the transport of sperm.

Dr Ventura’s research group is working to develop a hormone-free male contraceptive and has previously shown male infertility can be genetically achieved without affecting long-term sperm viability or sexual and general health.

The result indicates the team’s mechanism for male contraception is orally viable, with the next step to isolate the bioactive component in the extract or identify a similar alternative compound.

“Once isolated and identified, this may have potential as a drug-like lead compound,” the study says.

Condoms and vasectomy remain the only publicly available forms of contraception for men in Australia, placing the burden for preventing pregnancy largely and unevenly on women.

“Unfortunately there has been a widespread perception that birth control is a women’s problem rather than a men’s problem,” Dr Ventura said.

“However, research led by the Male Contraceptive Initiative shows that the majority of men are willing to take control over contraception – we just need to give them the opportunity to do so.” 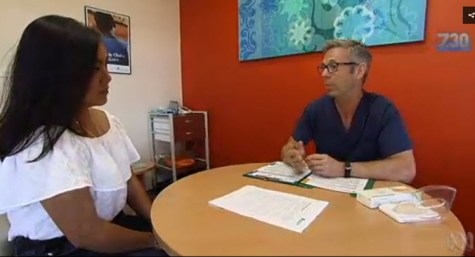 Rundle: Kevin Andrews, keeping company with those who ‘can raise the dead through prayer’