The Australian Energy Market Operator’s report issued on Friday confirmed unprecedented wholesale prices, which are now flowing through to households and businesses.

East coast gas market prices surpassed international prices in May and June, as a cold snap and limited supply meant local buyers were competing with demand for gas exports.

The scale of interventions in the electricity market to manage shortfalls and avoid blackouts made the regulator declare conditions “impossible”, with the spot market suspended for almost half of June.

AEMO executive Violette Mouchaileh said the three months to June have been “one of the most complex and challenging periods” for Australia’s energy markets.

“What’s clear is the urgent need to build-out renewable energy with diversified firming generation – like batteries, hydro and gas – and transmission investment to provide homes and businesses with low-cost, reliable energy,” she said.

Record wholesale electricity prices averaged $264 per megawatt-hour, more than triple the previous quarter and up $179MWh or 210 per cent on a year earlier, the Quarterly Energy Dynamics report found.

Multiple market interventions were needed on the east coast as prices spiked for coal and gas, while in the west coal-fired generation fell and the output of gas and renewables increased.

Coal-fired generation in the wholesale electricity market fell as plants throttled down with price caps and high fuel costs making it uncommercial to operate, and some units already out of action with faults.

With black coal generation at its lowest June quarter output on record, gas-fired generation overtook coal as the primary fuel towards the end of the quarter.

Gas-fired generation surged to its highest June quarter level since 2017 as gas prices reached record highs averaging at $28.40 per gigajoule – more than three times higher than a year earlier.

Renewable generation increased 21 per cent compared to a year earlier with the total renewable supply share for the quarter reaching 31.8 per cent, up 3.7 per cent as new capacity was added.

Rooftop solar for homes and businesses continued to grow with total installed capacity in the June quarter reaching 2174 megawatts, up more than one-fifth on a year earlier. 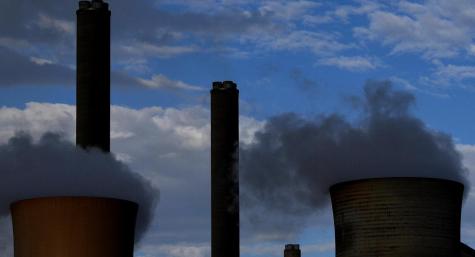