Newly-elected independent MP Kylea Tink has called on the Labor government to end the poor treatment of refugees and do more to uphold human rights.

Australia must do better on human rights and the treatment of refugees, a newly elected independent MP says.

Kylea Tink, who won the North Sydney federal seat traditionally held by the Liberals, said her electorate wants greater equality for women, First Nations people and those who have sought refuge in Australia.

“Hear me when I say: the people of North Sydney want politics done differently,” she told parliament during her first speech on Wednesday.

“We believe everyone deserves a fair go, no matter their background and we are prepared to work hard to ensure that people have the support they need.”

“We have heard much talk about the extraordinary gift that is Australia’s multicultural reality and of the courage it takes to run with your family from imminent threat,” she said.

“I would challenge us as a parliament to strive to truly do better in the area of human rights.

“True refugees deserve our compassion, not our disdain.”

As one of seven female independents elected for the first time on May 21, Ms Tink said she could not be prouder to be part of a history-making cross bench.

Ms Tink is also the first woman to represent her electorate in federal parliament.

“As North Sydney’s independent, I will have just two masters: my community and my conscience,” she said.

Ms Tink said her communities would be heard in parliament and she would stand for integrity, accountability and transparency.

“We want to look at our federal parliament and see a space that reflects everything we believe we are as a country: diverse, vibrant, resilient, responsible, responsive and optimistic,” she said.

“We want to see integrity restored to politics, and an end to the corruption, dishonesty and discrimination that has eroded Australians’ trust in democracy for over a decade.” 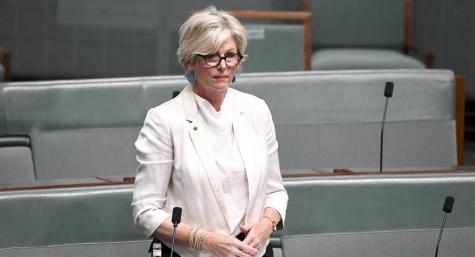 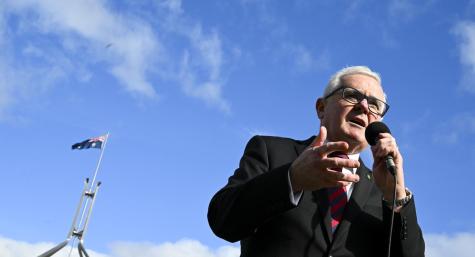