Russia's Gazprom is set to cut gas supplies to 20 per cent capacity, signalling the economic benefits of a brokered grain supply deal won't be fully felt.

Russia’s Gazprom is set to cut supplies further through its single biggest gas link to Germany, crushing hopes a deal over grain supplies would lessen the economic impact of the Ukraine war.

The European Union has accused Russia of resorting to energy blackmail, while the Kremlin says the gas disruption is the result of maintenance issues and Western sanctions.

Citing the instructions of an industry watchdog, Gazprom on Monday said flows through Nord Stream 1 would fall to 33 million cubic metres per day from 0400 GMT on Wednesday. That is half of the current flows, which are already only 40 per cent of normal capacity.

Germany said it saw no technical reason for the latest reduction.

Politicians in Europe have repeatedly said that Russia could cut off gas this winter, a step that would thrust Germany into recession and lead to soaring prices for consumers already faced with painfully high energy prices.

President Vladimir Putin warned the West this month that continued sanctions risked triggering catastrophic energy price rises for consumers around the world. Europe imports about 40 per cent of its gas and 30 per cent of its oil from Russia.

Rising energy prices and a global wheat shortage are some of the most far-reaching effects of Russia’s invasion of Ukraine. They threaten millions in poorer countries with hunger.

Ukraine said on Monday it hoped a UN-brokered deal to try to ease the food shortages by resuming grain exports from the Black Sea region would start to be implemented this week.

Officials from Russia, Turkey, Ukraine and the United Nations agreed on Friday there would be no attacks on merchant ships moving through the Black Sea to Turkey’s Bosphorus Strait and on to markets and pledged to set up a monitoring centre.

Moscow brushed aside concerns the deal could be derailed by a Russian missile strike on Ukraine’s port of Odesa on Saturday, saying it targeted only military infrastructure. Ukraine’s President Volodymyr Zelenskiy has denounced the attack as “barbarism” that shows Moscow cannot be trusted.

A senior Ukrainian government official said he hoped the first grain shipment from Ukraine, a major world supplier, could be made from Chornomorsk this week, with shipments from other ports mentioned in the deal within two weeks.

“We believe that over the next 24 hours, we will be ready to work to resume exports from our ports,” deputy infrastructure minister Yuriy Vaskov told a news conference.

As the war enters its sixth month, the Ukrainian military reported widespread Russian shelling in eastern Ukraine overnight. It said Moscow continued to prepare for an assault on Bakhmut in the industrial Donbas region, which Russia aims to seize on behalf of separatist proxies.

A UN official called Friday’s deal, the first diplomatic breakthrough in the conflict, a “de facto ceasefire” for the ships and facilities covered in the agreement.

Moscow denies responsibility for the food crisis, blaming Western sanctions for slowing its food and fertiliser exports and Ukraine for mining the approaches to its ports. Under Friday’s deal, pilots will guide ships along safe channels.

Ukraine’s military said two Kalibr missiles fired on Saturday from Russian warships hit the area of a pumping station at Odesa port and two others were shot down by air defence forces. They did not hit the grain storage area or cause significant damage.

Russia said the strikes had hit a Ukrainian warship and a weapons store in Odesa with precision missiles and should not affect the commencement of shipments. 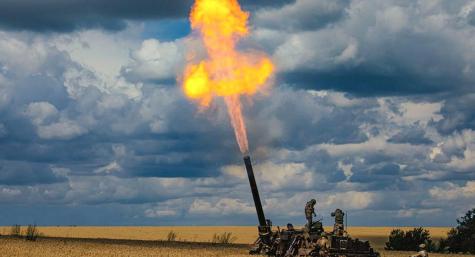 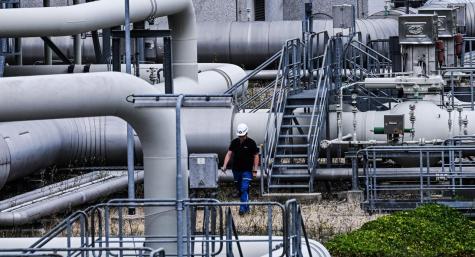 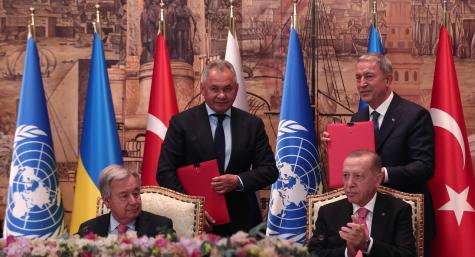