Quick to pivot from opposing the COVID-19 vaccine, anti-vax figures and groups are creating conspiracy theories about monkeypox vaccines.

The World Health Organization declared on Sunday that the monkeypox outbreak is a global emergency. The virus is spreading in 70 countries, and nations are racing to prepare in case it continues to spread.

For most, the news that existing smallpox vaccines will inoculate recipients from monkeypox is welcome news. Vaccines such as the ACAM2000 are approved and available, including in Australia. These come with years of clinical data backing up that they’re safe and effective treatments with known, manageable side effects.

The anti-vaccine and conspiracy movements are much less pleased. After spending the pandemic criticising COVID-19 vaccines because they were unproved or based on new mRNA technology, major Australian figures and groups have seamlessly transitioned into demonising monkeypox vaccines despite not sharing many of the qualities the movement found objectionable. 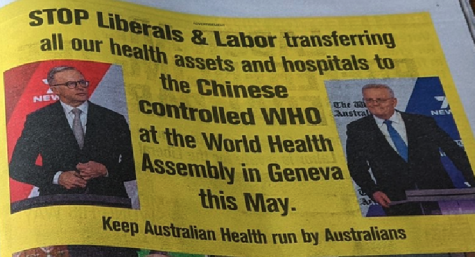 “SURPRISE SURPRISE THERE’S A MONKEYPOX VACCINE,” posted David ONeeglio, an Australian conspiracy theorist and founder of the anti-vaccine flood charity investigated by a charity watchdog, to his tens of thousands of followers on Telegram.

Some of the misinformation and rumours about the monkeypox vaccines follow the same pattern as typical anti-vaccine rhetoric. Users in online anti-vaccine communities frequently share content showing the vaccine’s potential side effects published by the maker, which they claim are also, simultaneously, being covered up: “Pfizer’s long list of covid vaccine side effects (that they tried to hide),” one user wrote.

Others have baselessly speculated that the spread of monkeypox may have something to do with vaccines. One popular conspiracy theory is that only countries that received Pfizer COVID vaccines have suffered monkeypox outbreaks — either claiming that the vaccine somehow caused the virus or is being used as a cover-up for vaccine side effects.

Some users have shared articles about the monkeypox vaccine being developed before this year as “proof” that the global emergency was intentionally created (monkeypox vaccine was developed primarily to combat smallpox but is actually created by a different pox virus, vaccinia, that has long preceded the current outbreak).

In a clear misunderstanding of cause and effect, one anti-vaccine group that Crikey has chosen not to name implied that the monkeypox vaccine was the cause of the monkeypox outbreak.

“Prior to the vaccine roll-out there had never been a case of monkeypox in Australia?” they said. 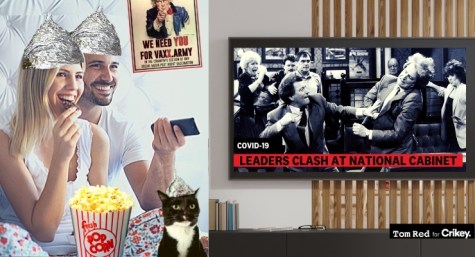 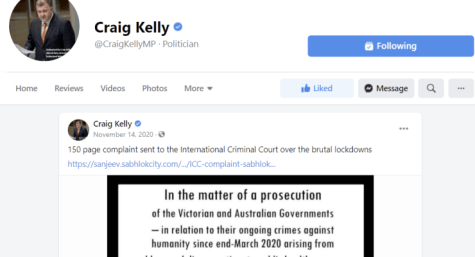 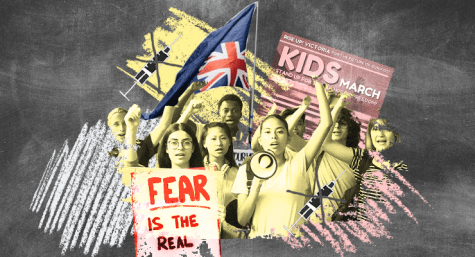 The problem is these people have a lot of time on their hands to breed with each other.

They’ll really struggle with this one. The smallpox vaccine was and still is the world’s very first vaccine. First used in 1798, the very word vaccine derives from vaccinia, the latin name for the cowpox virus that it is derived from. It only has a 224 year history of use, so even that’s probably not enough to satisfy anti-vax wingnuts that it’s safe.

Every antivaxxer knows that all recent vaccines are a plot by Bill Gates and the Lizard People to put Borg nanoprobes into our system in order to force our precious white Christian children to use unisex toilets.

don’t be ridiculous, everyone knows the Borg aren’t real … it’s the Illuminati!

What if the Illuminati have had Borg enhancements to live longer and to telepathically tune into the nanoprobes that the sheeple have unwittingly let into their bodies?

Why do “Journalists” even give these Whackjobs airtime?

Are you aware that the vast majority of so called covid deaths in Australia and around the world have happened since the jabs? With each jab the deaths grow. Cameron is an ignorant little boy

I still struggle with the mindset of being anti-vax. It’s got a “what have the Romans ever done for us?” vibe to it while looking at a world where smallpox has been eliminated.