Consumer confidence weak ahead of CPI

Consumer confidence could go backwards this week if new data confirms Australia has recorded the highest annual inflation rate in more than 31 years.

Consumer confidence has improved slightly but it’s not likely to last, amid household concerns about rising inflation and interest rates.

Those fears are likely to be confirmed as soon as Wednesday when the Australia Bureau of Statistics releases the consumer price index for the June quarter.

The weekly ANZ-Roy Morgan consumer confidence index published on Tuesday rose by 0.7 per cent to 82.6 points in the seven days ended July 24.

That compared to a 0.2 per cent rise in the previous week.

“Confidence, however, remained very weak and at levels last seen during the early stages of the COVID-19 pandemic,” ANZ head of Australian economics David Plank said.

“Headlines about another surge in actual inflation when the Q2 CPI is published will likely place some downward pressure on sentiment this week.”

The annual inflation rate is expected to have risen to 6.2 per cent, from 5.1 per cent in the March quarter, and to the highest annual number since the December quarter of 1990.

This would be off the back of a quarterly rise of 1.8 per cent for the three months ended June, and is likely to set the scene for another large interest rate hike in August.

The Reserve Bank of Australia could lift its cash interest rate  by as much as 50 basis points to 1.85 per cent, from 1.35 per cent, according to financial market economists.

This is likely to prompt the big banks to follow suit and increase the rates on their variable home loan products.

The ANZ-Roy Morgan survey also measured inflation expectations over the week to find that households believe prices had risen by two percentage points to six per cent.

This is broadly in line with financial market expectations for the June quarter inflation outcome.

The biggest drivers of inflation in the quarter will again be food and grocery prices, which make up about 16 per cent of the overall inflation number, and fuel.

Australian Food and Grocery Council CEO Tanya Barden says multiple issues – the impact of war in Ukraine on commodity and fuel prices, higher input costs on the manufacturing side, recent flooding on the east coast and ongoing supply chain constraints domestically and abroad – are impacting retailers.

“That has all just really layered upon each other to lead to really significant levels of inflation,” she told a CEDA inflation briefing on Tuesday.

“We haven’t seen this level of food inflation globally for a decade … so it is something that I’m sure many consumers are feeling the pinch on.”

Food inflation in supermarkets was running at about 5.3 per cent in the March quarter and Ms Barden anticipates Wednesday’s data will reveal an even higher number for the June quarter.

“Faced with all of these new inflationary pressures, businesses have had a more limited capacity to be able to offset and absorb the cost pressures coming through,” she said.

Ms Barden said she wouldn’t be surprised if the annual inflation rate for the June quarter comes in closer to seven per cent.

The inflation data comes ahead of Treasurer Jim Chalmers’ update to the nation on Thursday about the state of the budget and the outlook for the economy. 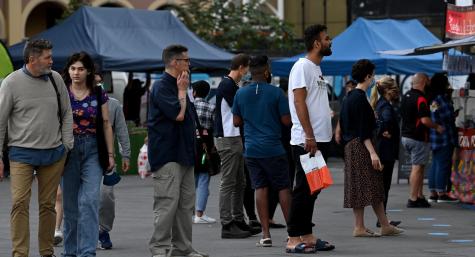 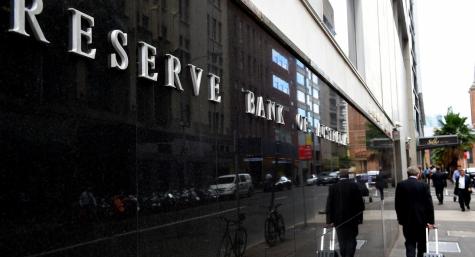