As the government looks to introduce its climate bill, Greens leader Adam Bandt says he welcomes news a 43 per cent target would be a minimum commitment.

The Albanese government intends to speed its signature climate legislation through the lower house within the next fortnight, but does not expect it to pass the Senate until at least September.

Climate Change Minister Chris Bowen will on Wednesday introduce a bill to enshrine a 43 per cent cut in emissions by 2030 and net-zero by 2050, as promised at the election.

In a bid to garner more support for the bill, Mr Bowen said it would make clear all future targets submitted to the United Nations would need to be a step up from those previously committed to.

And targets would be incorporated into the objectives and functions of a range of key government agencies including the Australian Regional Energy Agency, the Clean Energy Finance Corporation, Infrastructure Australia and the Northern Australia Infrastructure Facility.

Greens leader Adam Bandt, who is leading negotiations on the bill with the government, welcomed the additions but remains strongly opposed to new coal or gas projects.

There are an estimated 114 such projects in the pipeline across Australia.

When asked if allowing coal and gas development was a deal breaker, Mr Bandt said the Greens did not take “ultimatums” into discussions.

“Everyone is going to have to give a bit,” he told reporters.

“We are up for that and we’ve made it absolutely crystal clear that we are up for shifting.

“We understand that we may not get everything we want.”

Mr Bowen said 43 per cent represents a floor and not a ceiling to future emissions-reduction measures.

“We hope and expect Australia can do even better than that with the combined efforts of industry, unions, communities, governments, state and federal,” he said on Tuesday.

Mr Bandt said it was important the laws did not allow a backward step on emissions cuts.

“If we’re going to pass targets and put them into law, we want to make sure it’s (opposition leader Peter) Dutton-proof so it’s not something that can be unwound at a future date,” he told the ABC.

“This is an issue important to Australians, we are facing many threats as a result of climate change,” she told ABC radio.

The bill would also task the independent Climate Change Authority with giving public advice on the nation’s advances in reducing emissions, while the climate change minister would have to table a response if disagreeing with the advice.

The authority must also make suggestions for future targets at least once every five years, including new aims under the Paris Agreement which will contain one for 2035.

A review of the law will take place within five years, and another 10 years later.

To pass the bill, the government will need the support of all 12 Greens plus at least one crossbencher in the Senate.

Mr Bandt said while the government had a mandate to introduce the 43 per cent target in the lower house, negotiations were needed for the upper house.

“My energy at the moment is focused on having discussions with the government to try and address those issues of coal and gas, (and) look at how we make sure the target can be lifted,” he said.

In response to a question about Liberal colleagues potentially crossing the floor over the issue, opposition spokesman Angus Taylor said the party would not back legislating targets.

“This is what we went to the Australian people with,” he told Sky News.

“This is our position. It’s very clear.” 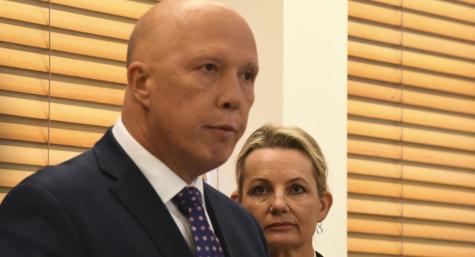 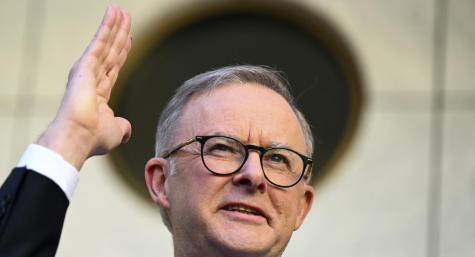 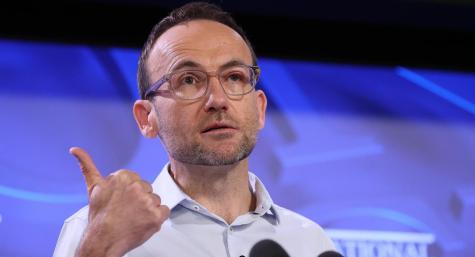