The first week of the new parliament is set to be a busy one, with 18 pieces of legislation to be introduced by the Albanese government.

Prime Minister Anthony Albanese has promised a “government of ambition” ahead of the opening of the 47th parliament.

MPs and senators will gather in Canberra on Tuesday for a church service, Indigenous ceremony and parliamentary formalities for the first time since Labor’s election victory over the Morrison coalition government.

Governor-General David Hurley will lay out the government’s agenda in a speech.

“That governor-general’s speech will outline a government of ambition, a government which sees it has a responsibility to break Australia out of the inertia that the former government was stuck in,” Mr Albanese told the Labor caucus on Monday.

“This Labor government will not be like that and we will hit the ground running.”

The Labor caucus on Monday endorsed a raft of legislation including a bill to deliver on the party’s promise of a 43 per cent emissions target, which will be introduced on Wednesday.

A private member’s bill paving the way for the Northern Territory and ACT to legislate for voluntary euthanasia will be introduced to parliament next Monday.

Queensland MP Milton Dick will be nominated by Labor for Speaker of the House of Representatives, while WA senator Sue Lines will be the nominee for Senate President.

Mr Albanese reminded caucus members of the history being made with the new parliamentary term.

“This is the fourth time since the Second World War and the fifth time in a hundred years that Labor has formed government from opposition.”

It won’t be plain sailing for Labor.

The government will require the support of all 12 Greens senators and one other crossbencher to get bills through the upper house.

Greens leader Adam Bandt has promised “good faith” negotiations on the climate laws, but will be pressing for amendments to make them more ambitious.

Opposition Leader Peter Dutton will be seeking to hold the government to account over a planned move to abolish the building industry watchdog, the cost of living, and concerns about a potential foot and mouth disease outbreak.

Opposition spokeswoman Anne Ruston said she would need to see to believe Mr Albanese’s pledge that the “tone” of politics would be raised to a higher standard under his government. 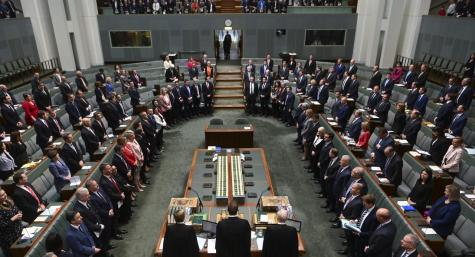 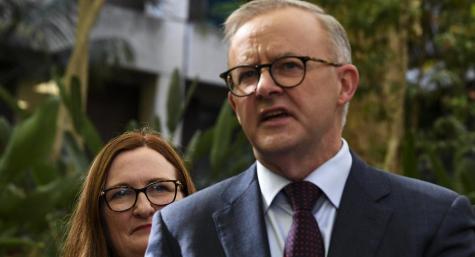 Thousands turn out early for pre-polling 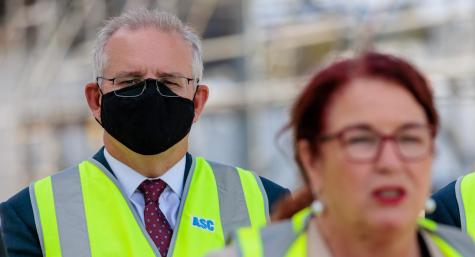