Where Anglicare chose to treat COVID-positive residents will be a key focus of an inquest into 19 deaths during an outbreak at Newmarch House in early 2020.

A decision to treat COVID-positive patients at Newmarch House rather than in hospital will be a key focus of an inquest into a deadly outbreak that ripped through the Sydney aged care home.

In the early days of the COVID-19 pandemic, the virus spread through the Anglicare-run Newmarch in April and May 2020. In total, 37 out of 97 residents tested positive with 19 dying over that period. A further 34 staff members also caught the disease.

In opening remarks to the inquest on Monday, counsel assisting Simon Buchen SC said the main focus would be the “Hospital in the Home” program in which sick residents were treated onsite rather than in nearby hospitals.

As well as the adequacy of the medical care on offer, the inquest will also examine whether residents and relatives gave their consent to be part of the Hospital in the Home program.

Mr Buchen said Newmarch, in the western suburb of Kingswood, had problems with staffing, communication and management which negatively impacted residents.

While Anglicare had made preparations for what would occur at the 102-bed facility during a COVID-19 outbreak by early March 2020, this was inadequate, the Lidcombe Coroners Court heard.

“Those preparations were insufficient for an outbreak of the scale of the one that occurred at Newmarch House,” Mr Buchen said.

Newmarch was not the first aged care outbreak during the pandemic, Deputy State Coroner Derek Lee was told. On March 3, 2020 BaptistCare’s Dorothy Henderson Lodge was also hit with the virus.

With that facility transferring COVID-positive patients to hospital, 17 out of 76 residents were infected and six died.

In detailing the lives of those who died during the Newmarch outbreak, a common theme in Mr Buchen’s submissions was that family members mostly approved of the home prior to COVID-19, describing staff as dedicated, conscientious, caring and kind.

However, issues emerged during the outbreak, including residents socialising in common areas despite lockdown orders, medication being missed, doctors not wearing PPE, and failures to deliver meals to residents or ensure oxygen cylinders were full.

By April 18, Newmarch had lost 87 per cent of its staff who were sick or in self-isolation, throwing the nursing home into chaos. At one point, a catering manager arrived to find the kitchen in darkness and residents without their breakfasts.

“What had hitherto been a well run and well-managed home assumed a level of chaos and dysfunctionality,” Mr Buchen said.

Ray Jennings was the first resident to die from COVID. He had lived at Newmarch since August 2018 and died on April 18, 2020 a day after his family sent a message saying they loved him.

His daughter Sue O’Neill said she had not been given any details about the Hospital in the Home program. However, she had also not wanted her father to be sent to hospital, instead preferring palliative care focused on comfort and dignity.

She felt sad that Newmarch’s reputation had been destroyed when her father was happy and well looked after there.

“I just feel really sad that Newmarch is going to be always thought of in terms of COVID and death when it was such a lovely environment. It was dad’s home.”

Ms O’Neill said while she could not complain about the conduct of staff during a trying time, she would recommend better communication because other families had been left in the dark about what was happening with their loved ones.

“The loss of 19 lives was tragic. The tragedy was made worse by the lack of effective communication. NSW Health is sorry for the distress caused and deeply sorry for the loss suffered by each and every family member and carer,” he said.

Barrister Katherine Richardson SC said Anglicare was also sorry for the distress and trauma, not only from the deaths, but because of the social separation.

The inquest continues on Tuesday. 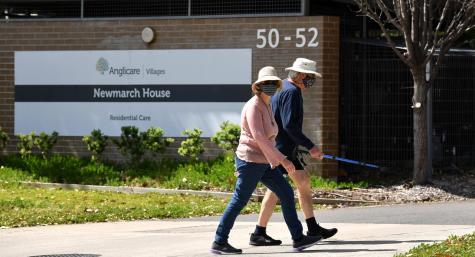 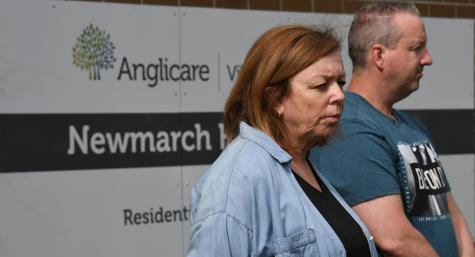