Young people across the nation are being encouraged to sign up for the Australian Organ Donor Register as part of DonateLife Week.

Young Australians are being urged to become organ and tissue donors as part of a national campaign dubbed DonateLife Week.

Studies show a single organ donor can save up to seven lives and help many more through eye and tissue donation.

While four in five Australians support donation, around 13 million people over the age of 16 are not organ donors.

Data released at the kickoff of DonateLife Week on Sunday shows new donors soared in 2021, with an increase of 87 per cent over 2020 registrations.

However, the push for donors remains urgent, with around 1750 seriously ill people on Australian wait lists hoping for a potentially life-saving organ transplant.

Another 13,000 people remain on dialysis hoping for a kidney transplant.

Assistant Minister for Health and Aged Care Ged Kearney said the problem is not that Australians do not support organ and tissue donation.

“It’s that they don’t know how to register, don’t think they’re healthy enough, or simply haven’t got around to it,” the minister said.

“Any Australian aged 16 and over can sign up online – it doesn’t matter how old you are or how healthy you are, you can still register as an organ and tissue donor.”

A recent survey found people aged 18 to 25 are the least likely to have registered or discussed becoming a donor.

The YouGov Galaxy survey found while 88 per cent of people in the younger age group said they were keen to be donors, only 14 per cent had registered.

While 37 per cent confessed they had not got around to registering, another 37 per cent admitted to being put off by common myths, including that some people can’t donate because of their lifestyle choices such as smoking or drinking, or because they are too old.

“This latest research suggests there could be around one million young Australians who are keen to register but haven’t,” Organ and Tissue Authority chief executive Lucinda Barry said.

For more information, or to register as a donor, visit: donatelife.gov.au 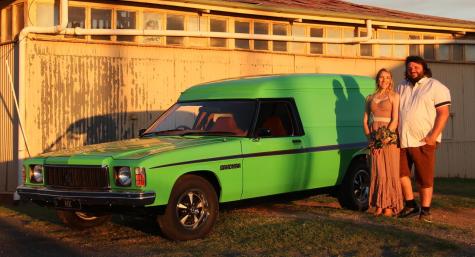 How to ensure organ donors’ wishes are honoured