Ukraine is pressing ahead with efforts to restart grain exports from Odesa and other ports after a missile attack that cast doubt over whether Russia will honour a deal aimed at easing global food shortages.

President Volodymyr Zelenskiy denounced the strikes on Odesa as blatant “barbarism” that showed Moscow could not be trusted to implement Friday’s deal, mediated by Turkey and the United Nations.

However, a government minister said preparations to resume grain shipments were ongoing.

Public broadcaster Suspilne quoted the Ukrainian military as saying the missiles had not significantly damaged the port.

Russia said on Sunday its forces had hit a Ukrainian warship and a weapons store in Odesa with missiles.

The deal signed by Moscow and Kyiv was hailed as a diplomatic breakthrough that would help curb soaring global food prices by restoring grain shipments from Ukrainian ports to pre-war levels of five million tonnes a month.

But Zelenskiy’s economic advisor said on Sunday the strike on Odesa showed deliveries could still get seriously disrupted.

“Yesterday’s strike indicates that it will definitely not work like that,” Oleh Ustenko told Ukranian television.

While Ukraine had the capacity to export 60 million tonnes of grain over the next nine months, this could take up to 24 months if its ports could not function properly, he said.

“A docked Ukrainian warship and a warehouse with US-supplied Harpoon anti-ship missiles were destroyed by long-range precision-guided naval missiles in Odesa seaport on the territory of a ship repair plant,” it said.

The strikes on Odesa drew condemnation from the United Nations, the European Union, the United States, Britain, Germany and Italy.

While the main theatre of combat has been the eastern region of Donbas, Zelenskiy said in video posted late on Saturday that Ukrainian forces were moving “step by step” into the occupied eastern Black Sea region of Kherson.

Ukraine’s military on Sunday reported Russian shelling in numerous locations in the north, south and east, and again referred to Russian operations paving the way for an assault on Bakhmut in the Donbas.

The country’s air force command said it had shot down three Kalibr cruise missiles launched on Sunday morning by the Russian forces from the Black Sea and aimed at the western Khmelnytskiy region.

The strikes on Odesa drew condemnation from the United Nations, the European Union, the United States, Britain, Germany and Italy. On Friday, United Nations officials had said they hoped the agreement would be operational in a few weeks.

Video released by the Ukrainian military showed firefighters battling a blaze on an unidentified boat moored alongside a tug boat. Reuters was unable to independently verify the authenticity of the video or the date it was filmed.

According to the Ukrainian military, two Russian Kalibr missiles hit the area of a pumping station at the port and two others were shot down by air defence forces. 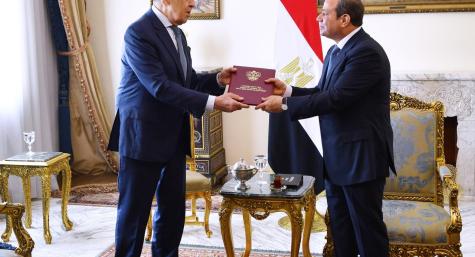 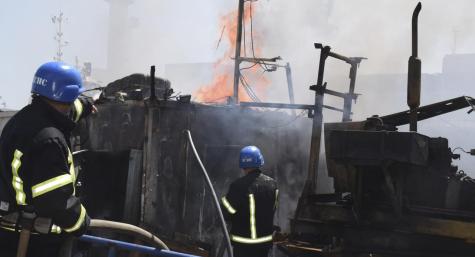 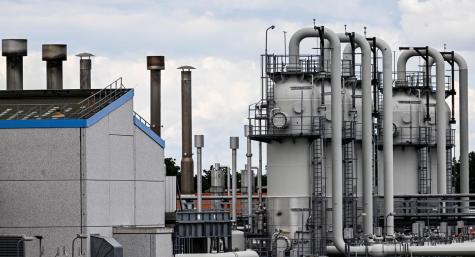