Four years of deteriorating relations between Australia and China have been bad for both nations, but there's a way to start warming things up.

The change of government in Canberra could not have come at a better time for Beijing. It allows China some wiggle room to drop the ban on Australian coal exports, which it appears set to do after growing speculation amid an economic downturn.

Four years of deteriorating relations have affected Australia’s trade with China, with serial informal bans on major exports including barley, wine and coal (Australia’s number-two export to China after iron ore). But in imposing those restrictions, China also hurt itself -- and this is most especially so with coal.

Australia produces high-grade, better-value, less dirty thermal coal (for heating and coal-generated power plants) than most other countries that China buys from -- and that it can mine internally from increasingly expensive mines. More critically, Australia produces a reliable, easy-to-ship high grade of coking, or metallurgical, coal, a key ingredient in steel-making.

Read more about China and coal... 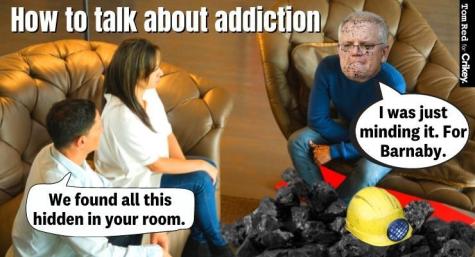 Australia and the ‘Coal Club’ are on track to sabotage Glasgow