Skills Minister Brendan O’Connor says a boost in migration would not be the only way to ease worker shortages across critical industries.

As the government looks to prioritise the processing of 60,000 visa applications of skilled overseas workers, Mr O’Connor said further investment in training would also be needed going forward.

It comes as the federal minister met with his state and territory counterparts on Wednesday to discuss labour shortages.

“Are we going to deal with this matter through immigration or investment in skills in our labour market? Well, it’s not a binary choice, we have to do both,” he told reporters in Melbourne.

“But over the medium to longer term, I think our biggest solution will be the investment in skills in our labour market to train Australian workers, but we need to complement that with ensuring that we unclog the visa process for skilled migrants.”

Mr O’Connor said the government was aiming to accelerate the visa process in areas where there was genuine demand for workers.

He said while health was a sector that was experiencing worker shortages, similar issues were taking place across a range of industries.

“It doesn’t matter where you look in the labour market, we have shortages that need to be filled, and need to find the supply of labour and skills, and therefore, this job is a very large task,” he said.

“It requires the cooperation of all governments, of businesses and unions and others.”

The comments come ahead of the government’s jobs and skills summit, which will take place in September.

The summit will have about 100 attendees take part from business, unions and civil society.

Labor has also committed to establish the agency Jobs and Skills Australia as an election commitment. 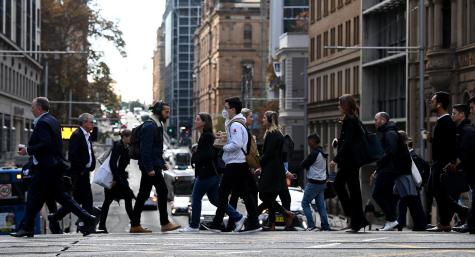