The very rich are different from you and me. Is Jerry Hall destined to join them?

The big, big numbers speculated about in the divorce settlement between Rupert Murdoch and Jerry Hall make this real-life Succession episode all the more interesting.

It’s all about the money. After a couple of weeks of “nothing to see here” stonewalling, we’ve got the first public leak -- apparently from members of the Murdoch camp -- about just what triggered the split of Rupert Murdoch and Jerry Hall's six-year marriage and the first big post-COVID celebrity divorce.

It’s a reminder of why divorces are rare in billionaire families: there’s usually too much at stake. They bring disruptive instability to best-laid plans. Just ask Jeff Bezos. Or Bill Gates. Or a younger Rupert Murdoch, for that matter -- this is his fourth divorce.

Since Rupert’s “I want out” email landed in Jerry's inbox late last month, “off-the-record" voices have been stressing that the divorce won’t get in the way of the planned Lachlan succession to the twin media companies. Maybe. But what does it mean for the family’s wealth?

Read more about the lifestyles of the rich and separated... 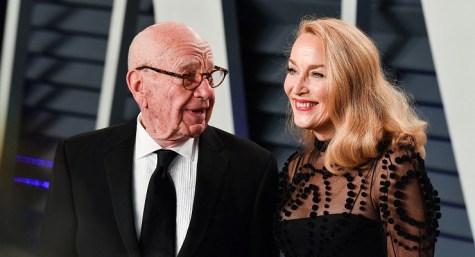 Murdoch gives lessons in how to divorce-proof a business

The latest rumour about Rupert