Hamdi Alqudsi is on trial in Sydney for his alleged role leading the Shura, a terror group accused of planning attacks on Israeli diplomats and the mardi gras.

Hamdi Alqudsi acted as commander of the terrorist group known as the Shura which planned attacks on Sydney’s Israeli diplomatic mission, the gay and lesbian mardi gras, and more targets, a court has been told.

The Shura, which means consultative council or consultation council in Arabic, was formed some time in 2013, Alqudsi’s trial heard on its first day on Monday.

Crown prosecutor Trish McDonald SC said the Shura’s initial intention was sending fighters from Australia to Syria in the fight against government or coalition forces.

After these aims were disrupted due to activity by the Australian Federal Police and NSW Police, the group shifted to domestic terrorist activity, Ms McDonald told the NSW Supreme Court jury.

“The crown case is once they were frustrated in their initial focus, what occurred over time was refocusing and a focusing on performing, fostering domestic terrorist acts,” she said.

These acts allegedly included attacks on the Woolloomooloo naval base, the mardi gras, the Sydney Israeli consulate and further attacks on tourists in the city.

Alqudsi was the leader of the group, positioning himself as “commander of the boys” and “emir of the Shura” and holding meetings at his homes in Revesby and St Helens Park, Sydney, the court heard.

In 2013, while the group was still focused on sending men over to Syria, Alqudsi and the other Shura members would allegedly talk in code, using phrases such as “soccer matches” or “surgery” in clandestine communication about their future travel plans.

“You’re an A-league player. You’ll be an asset for the soccer team,” Ms McDonald said, giving an example of one of these messages.

“I’m going to play. I’ve spoken to the brothers yesterday and they’re going to play as well,” another Shura member wrote.

Alqudsi’s contact in Syria was Mohammad Ali Baryalei who he followed in pledging allegiance to Islamic State in August 2013. During their calls, the pair would also discuss the martyrdom of those who had died fighting for Islam in Syria.

“Allah is most great and I swear by Allah you pleased my heart, brother. Make sure my spot is there, brother,” he said when Baryalei aligned himself with IS.

Alqudsi has been charged with intentionally directing the activities of the Shura as a terrorist group from August 30 to December 31, 2014, fostering the planning of terrorist acts, while knowing that the Shura was a terrorist organisation. He has pleaded not guilty.

From July 2013, police targeted the Shura under Operation Appleby which used a combination of telephone intercepts, surveillance devices, and surveillance teams.

With passports of various Shura members being seized in September 2013, Alqudsi sought $50,000 for his own travels to Syria, the court heard.

In a discussion with one of his Islamic wives, Carnita Matthews, around this time, he expressed concerns that the net was closing in on him.

“These dogs have been taking the passports from the consultative council brothers … They’re closing onto me, babe,” he said.

He had his own passport confiscated at Sydney International Airport at the end of September as he attempted to fly to the Hajj in Saudi Arabia and onto Turkey.

The trial before Justice Stephen Rothman is expected to last five to six weeks. Ms McDonald will continue her opening submissions on Tuesday. 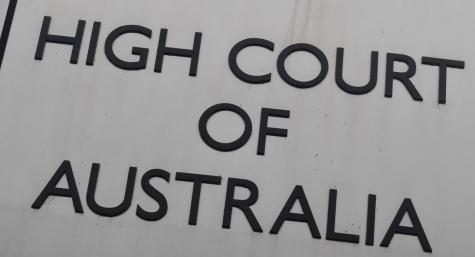 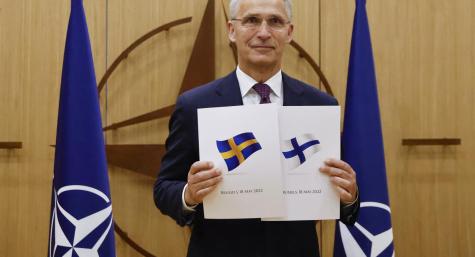 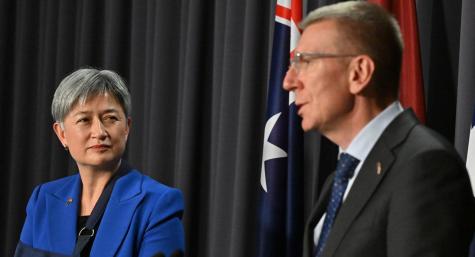