A man has pleaded guilty to manslaughter over the death of a Brisbane mother who was smothered and strangled while lying next to her two daughters.

A man who smothered a woman to death after she refused his sexual advances and then raped her daughter, has one of the most violent criminal histories a judge has seen.

At the age of 21 Jacob Michael Smith acted as a lookout for two heavies intending to “touch-up” a man to keep quiet about a murder in custody, a Brisbane court has been told.

He showed no remorse and instead was proud of the status it gave him.

Now 45 years old, Smith’s previous convictions include manslaughter for that killing, armed robberies, assaults and an attempt to escape custody.

“You have one of the most violent criminal histories I have ever seen,” Justice Soraya Ryan told Smith on Friday.

“It appears to have been driven mostly by a serious raging addiction to methylamphetamine.”

Justice Ryan sentenced Smith after he pleaded guilty in the Brisbane Supreme Court to another manslaughter.

Late on August 24, 2014, the drug-fuelled Smith went to a Norman Park, Brisbane, house where a woman, who cannot be named, was asleep on a mattress in the lounge room alongside her daughters aged 11 and 12, as they recovered from gastro.

He had been released from prison about 18 months earlier, and was on bail for other offences.

The older daughter heard Smith talking to her mother, but both girls were sleeping when he smothered and strangled the 34-year-old with a sheet for several minutes.

Smith had gone to the house for sex, but his advances were rebuffed, the court was told.

After sending phone messages to acquaintances, one referring to an “emergency”, Smith woke the 12-year-old and – “in the most vile and grotesque turn” – said she was going to “become a woman” by having sex with him.

For an hour-and-a-half he kept the girl in her mother’s bedroom where he raped her, put his hand over her mouth and nose to stop her breathing and threatened to slit her throat with a knife-like implement if she yelled.

When the girl said she would tell her mother, Smith callously replied: “OK, you do that.”

After he left the house, the girl found her mother unresponsive.

Smith told a friend he had done something stupid and killed someone, but that the woman “deserved it”.

He has already faced two trials – pleading guilty to rape and other charges on the 11th day of the second proceeding – and had a murder conviction quashed, with the Appeal Court ordering a retrial in May last year.

His guilty plea to manslaughter was accepted by the court with Justice Ryan finding he did not intend to kill or cause grievous bodily harm.

Justice Ryan told the woman’s family members their pain was unimaginable and every day the matter has been in court added to their already immense grief.

“Their suffering cannot be overstated,” she added, saying Smith’s actions were cruel, callous and evil.

Justice Ryan sentenced Smith to 20 years for manslaughter to be served concurrently with jail terms already being served for other offences.

He has been in custody since August 2014. 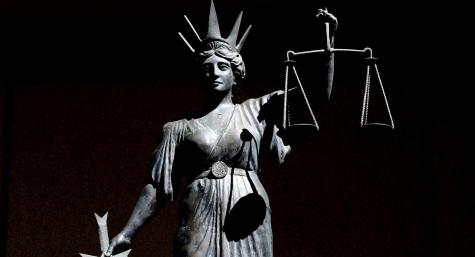 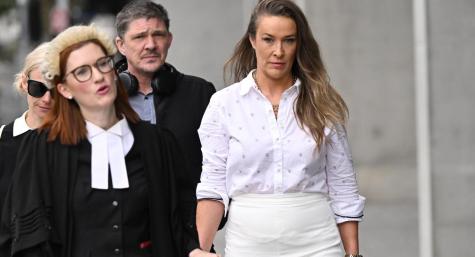 Dad asked me to kill him: Qld woman 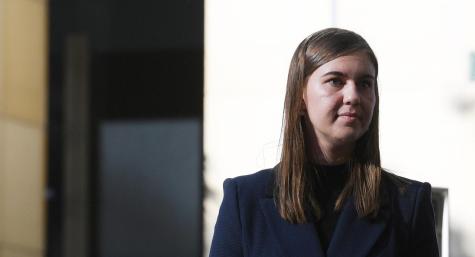 A case for ‘never to be released’.

What an evil, evil man. One can only hope that he does not survive being in prison. I always find it interesting that a state which is seen as being conservative* seems to treat crimes against women in such a cavalier fashion. I would have thought that a far longer sentence for both the manslaughter and the rape would have been warranted.

*I am aware of Queensland’s recent voting patterns, thank you so the geriatric bully mob that infest crikey can save their typing fingers.