Victoria's almond pollination season will go ahead as permits open to South Australian and Queensland beekeepers.

Victorian authorities are introducing a permit system to curb the destructive varroa mite’s impact on farmers as the state opens up to interstate beekeepers ahead of a key pollination period.

Almond producers earlier this month raised fears restrictions on bee movements would endanger millions of dollars in produce in the southern Murray-Darling basin.

Trees in the region require pollination by August in order for commercial-sized crops to be produced.

However, the Victorian government on Friday announced permits would be issued to Victorian, Queensland and South Australian beekeepers allowing them to enter the Sunraysia region, where almond growers need up to 200,000 hives to pollinate their crops.

Successful applicants will be required to inspect their hives before arriving at Victoria’s almond orchards to protect bees from varroa mite, which could devastate Australian honeybee populations.

Bees, hives, equipment and bee products from NSW are still banned from entering the state.

Victoria’s chief plant health officer Rosa Crnov said officials were doing all they could to support almond producers and keep the state free of varroa mite.

The mite has been detected at 39 premises in NSW since late June. A statewide ban on the movement of honey bees and hives remains in place.

On Thursday, the latest detection site was identified at Wards River, northwest of Bulahdelah in the Hunter region.

More than 15 million bees had been euthanised in NSW by early July in an attempt to curb the mite’s spread.

Australia is one of only a few honey-producing countries to remain free of varroa mite, which feeds on both adult bees and their larvae. 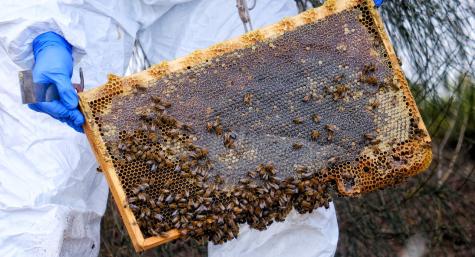 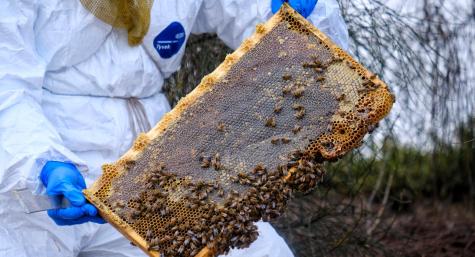