Samuel Davidson who was speeding, drunk and drug-affected when he killed four children walking on a Sydney footpath has had his prison sentence slashed.

The families of four children killed by a drunk, drugged and speeding driver say they are devastated by an appeal court decision to cut his jail term.

“We were all shocked with this verdict,” Leila Abdallah, the mother of three of the children, told AAP on Friday.

“It’s so unjust,” Bridget Sakr, the mother of the other child, told 2GB.

Samuel William Davidson struck Veronique Sakr, 11, and her cousins, Sienna Abdallah, eight, and her siblings Angelina, 12, and Antony, 13, as they walked on the footpath to buy ice-creams.

The 29-year-old ploughed into them after his ute mounted a kerb at Oatlands, in Sydney’s northwest on February 1, 2020.

But on Friday in a majority decision, the NSW Court of Criminal Appeal concluded the term was manifestly excessive.

Davidson was resentenced to a term of 20 years with a non-parole period of 15 years.

Ms Sakr said the new sentence worked out to be 3.75 years per child, asking “what message does that send?”

The families attended his appeal hearing, when it was submitted he had a crushing sentence but Ms Sakr said that could not be compared to a life crushed.

She said she would continue to work with politicians to get law reform.

Ms Abdallah said the eight-year reduction “is a big chunk of time”, but nothing could bring back their kids.

“Whether he gets one year, 28 years or 15 years, it’s not going to affect anything, we have truly forgiven him,” she told reporters.

Her husband Danny said it set a precedent, giving “other people permission to drink and drive and take drugs and run over kids”. But his family was trying to move forward with their grief so were not going to dwell on it.

Davidson pleaded guilty to four counts of manslaughter and to charges related to the injuries caused to the other three children.

The sentencing judge said Davidson’s menacing, dangerous and aggressive driving showed all responsibility to the road safety of others was abandoned.

The tragedy was inevitable, but the magnitude of the tragedy extended to the unimaginable, he said.

Justice Christine Adamson dissented from the conclusion of Justices Paul Brereton and Natalie Adams who found the “aggregate” term – which is imposed instead of separate terms for each offence – was manifestly excessive.

“The sentencing judge was faced with a difficult task in sentencing the applicant for the highest number of manslaughter charges arising from the one act of criminal negligence in NSW to date,” Justice Adams said.

While there were no other aggregate sentences for four deaths for the appeal court to consider, she said there were cases where the criminally negligent driving was comparable even though it resulted in fewer deaths.

After considering these cases, relevant sentencing principles and other data, she was satisfied the aggregate sentence imposed was “unreasonable or plainly unjust”.

“The real question raised by this appeal is how the fact of the multiple deaths is to be punished in circumstances where the same act in driving caused four deaths,” she said.

“His one act of criminally negligent driving had catastrophic consequences.”

In resentencing, she said Davidson was a man of prior good character, had genuine remorse, little risk of re-offending and had suffered the long-term impact of ADHD

“As the sentencing judge noted, the purposes of specific deterrence, protection of the community and rehabilitation are of less significance in this matter.”

Justice Adams said the court had to reconcile the grief of the children’s families with applying relevant sentencing principles to arrive at the appropriate aggregate sentence to punish Davidson.

The dissenting judge, Justice Adamson, said the District Court judge’s carefully expressed and well-reasoned judgment explained how and why the aggregate sentence was imposed.

“There is no error in either the process or the result,” she said.

The sentence imposed was lengthy because the crimes were so objectively serious, while there were limited subjective factors in his favour.

“I am not persuaded that this Court ought intervene on the basis that the sentence might be regarded by the applicant as crushing.” 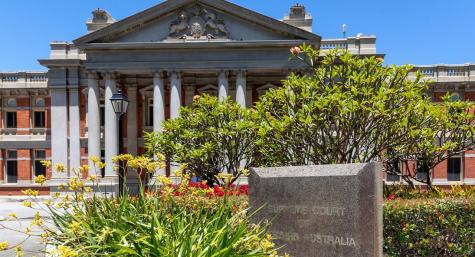 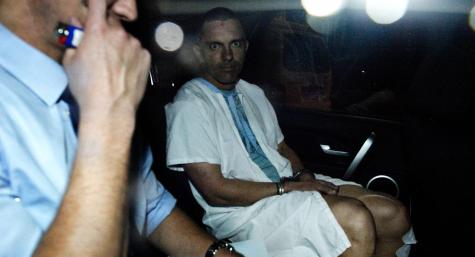 Einfeld I: the legal profession never spares its own

‘Slashed’ is a bit clickbaity for a 25% reduction, isn’t it?