The EU's ambassador to Australia says the stars are aligning for a trade deal between the two deal after long-stalled negotiations.

Australia’s increased climate change target and ongoing support for Ukraine in its war against Ukraine has led to renewed momentum for a free trade deal with the European Union, its ambassador says.

Dr Michael Pulch said he was confident the EU would be able to finalise a trade deal with Australia shortly, after previous negotiations had stalled.

He said there was optimism among those in the EU that the deal would be signed off, particularly following Australia’s support of Ukraine.

“Australia’s proactive engagement on Russia’s war in Ukraine has created a lot of political goodwill in Europe and I think there are a lot of countries … (who) want to have a stronger relationship with Australia as a result of that,” he told Sky News on Wednesday.

“Altogether, the stars are aligned at that point in time, there is a window of opportunity.”

It comes as new Trade Minister Don Farrell told Nine newspapers the trade deal with the EU bloc could be finalised by mid-2023.

Talks had stalled between Australia and the EU in the wake of the federal government cancelling a French submarine contract in favour of nuclear-powered vessels as part of the AUKUS security pact.

The subsequent falling out between Australia and France had pushed trade talks back, but Dr Pulch said the reset of relations between the two countries had put the EU deal back on the agenda.

He also said the new federal government’s increased climate target of a 43 per cent emissions reduction was a critical factor in opening up talks.

“In our negotiations, we want to have a very substantial chapter on sustainable trade and development, we also want to ensure that our trading partners are fully in line with our commitments to the Paris agreement,” he said.

“Of course, we are seeing now a more proactive Australian policy in that regard.”

Dr Pulch said a trade deal with Australia would also be critical in boosting ties in the Indo-Pacific, amid growing tensions in the region.

“An FTA with Australia is an anchor for our relationship with this important country,” he said.

“This is a step in our policy to advance our relations across the board with the region.” 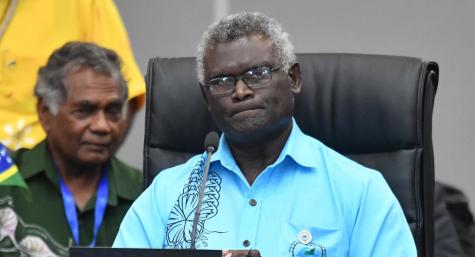 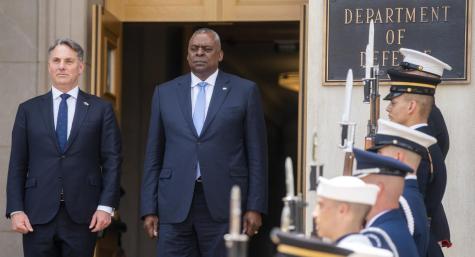