Trade Minister Don Farrell's commitment to political donations reform is much needed and welcome, but Labor can't drag its feet.

Australian Trade Minister Don Farrell's commitment to lowering the political donation disclosure threshold to $1000 and requiring real-time reporting of donations is a welcome step in transparency for the mechanisms of state capture -- if they can be legislated.

Remember, most parties -- including Labor, which has been doing it for more than a decade -- report donations of more than $1000 already, voluntarily. The Liberals and the Nationals do not. They report only what they're legally required to report, which is $14,500 and above, indexed. But real-time reporting will make a big difference to the visibility of donations and the awareness of the role they play in party funding and influence peddling.

But Farrell's determination to submit proposals to the Joint Standing Committee for Electoral Matters (JSCEM) in what will be a long inquiry into the 2022 federal election is a waste of time and an unnecessary delay. And he knows that better than anyone. JSCEM, which for the past two terms of Parliament has been chaired by permanent Liberal backbencher James McGrath, has considered the idea repeatedly. 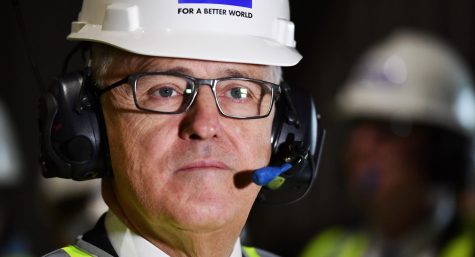 Guess which industry still contributes the most in corporate political donations …