The James Webb Space Telescope has given us a magnificent glimpse at the far reaches of the universe. Uh, shame about the chap it's named after.

Over the past day or so, you will have almost certainly seen the following -- the first full-colour image from the new James Webb Space Telescope.

It's the sharpest infrared image of the distant universe ever captured. To give you some idea of the numbing scale of what we are looking at -- except for the stars splaying into six points in the foreground, every spot of light in this kaleidoscope of dissolving gemstones is its own galaxy made up of billions of stars and planets, the apparent clustering obscuring the stomach-dropping emptiness in between.

It's the furthest we've seen, and it took 4.6 billion years to reach us.

The death star that may kill us 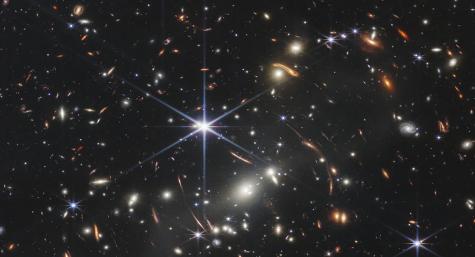 Stuff the Moon, stuff Mars, let’s go to the stars