At 24, Jess Ackland took her last breath - and her first. The lung donor recipient is urging all Aussies to register for DonateLife in case the worst happens.

Twenty-four-year-old Jess Ackland’s lungs had collapsed and she was dying.

“I probably only had another day or so left in me,” Ms Ackland, now 32, tells AAP.

“I couldn’t string a four-word sentence together – it used up the energy I needed to breathe.

“I wouldn’t lie down because I was terrified I wouldn’t wake up.”

Then came what she and her nearest and dearest had been hoping for: they found a lung donor.

A 50-year-old woman had passed away but not before signing up to donate her organs. Ms Ackland’s life was saved.

“I couldn’t explain the lung pain until after I had the transplant. You don’t realise how raw your lungs feel … they’re on fire,” says the business woman from South Australia’s Riverland.

“Once they took the intubation tube out, that’s when I realised how easy everything felt. It was astounding.”

Ms Ackland was born with cystic fibrosis – an inherited disorder that causes the production of abnormally thick mucus which causes severe damage to the lungs, digestive system and other organs.

While a very healthy child, by her early 20s it felt like she was breathing through a straw.

She would wake up in the mornings choking on mucus: “It felt like I was drowning. It was horrific.

“By that stage I’d settled into a long term relationship, had bought a house with my partner and we were looking at the rest of our lives and it didn’t look so great for me,” she says.

With her lungs operating at 29 per cent capacity, Ms Ackland was too sick to join clinical drug trials.

Her doctor said even a common cold could be enough to kill her.

“I was very good at avoiding catching colds but that’s also because I was too sick to go anywhere,” she says with a wry laugh.

Ms Ackland’s lungs were giving up – she was going through end stage cystic fibrosis. Eventually, they both collapsed.

By the time they found her a suitable pair of lungs, she was very close to death.

A shocking two per cent of Australians who die in hospital are viable donors, according to DonateLife, the federal government program designed to make sure more Australians have access to transplants.

But while four in five Australians say they support donation, only one in three are registered donors. Finding the perfect match is by no means a given.

“It was a miracle, basically,” Ms Ackland says.

She talks very fondly of the woman who saved her life.

“I’m so glad to be able to give my donor many more adventures in a way and hope her family know what a riot of a time we have together every day,” she says.

Even if there were some adjustments to get used to.

“The worst bit was when I coughed up phlegm for the first time and realised it wasn’t mine,” she laughs.

“For someone who doesn’t like bodily fluids, that took a bit of getting used to.”

This DonateLife Week (July 24-31), Australians are being urged to register as organ and tissue donors to help save a life like Ms Ackland’s or one of the 1750 people currently on the waiting list. 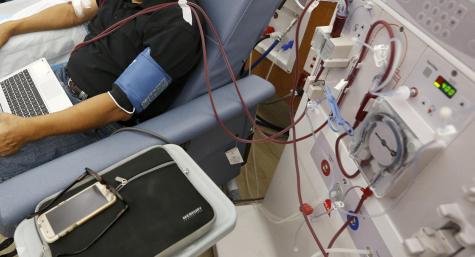 Organ donation: The status quo will kill me and break my family