Bernard Collaery, former attorney-general of the ACT, will no longer face charges for disclosing confidential information about the bugging of the Timor-Leste cabinet.

The prosecution of Bernard Collaery for his role in the exposure of the Howard government’s bugging of the Timor-Leste cabinet in 2004 is over. This afternoon, Attorney-General Mark Dreyfus announced that he had no-billed the prosecution, under section 71 of the Judiciary Act.

“In taking this decision I have had careful regard to our national security, our national interest and the proper administration of justice,” Dreyfus said in announcing the decision. “It is my view that the prosecution of Mr Collaery should end.”

Collaery, along with Witness K, was prosecuted in May 2018 for the disclosure of information about the bugging of the Timor-Leste cabinet by the Australian Secret Intelligence Service (ASIS) in 2004, on the orders of then foreign minister Alexander Downer. 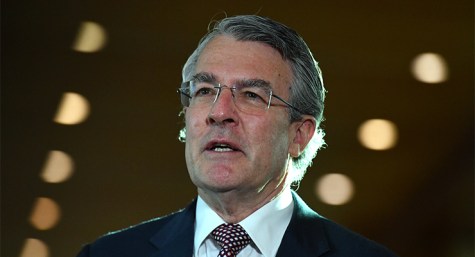 Dreyfus attacks Collaery prosecution: ‘an affront to the rule of law’

Witness K, a former ASIS officer, pleaded guilty and was given a suspended sentence in June 2021. Collaery’s defence was dogged by the efforts of then attorneys-general Christian Porter and Michaelia Cash to suppress evidence, conduct the prosecution in secret and block Collaery from subpoenaing evidence and witnesses about the bugging.

The conduct of the Commonwealth in the case, which was constantly represented by its own barristers in addition to those of the Director of Public Prosecutions, was repeatedly criticised by ACT magistrates for the delays imposed on the case. Due to this deliberate dragging out of the case, the trial was not even close to beginning in substance four years on.

Attorney-General Dreyfus had in opposition become increasingly critical of the conduct of the trial, culminating in him calling it “an affront to the rule of law” during the election campaign, and saying he had not seen a public interest case for its continuation. 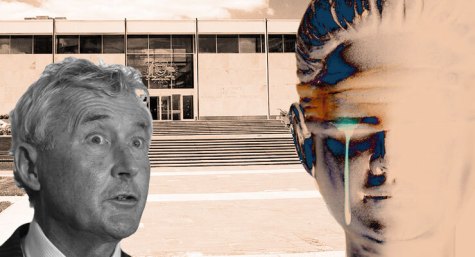 Now declassify the government papers being concealed under a spurious “Top Secret” classification.

They won’t pose any danger to National Security, but will broadcast just what two-faced, lying bastards Little Johnny Eyebrows and his Band of Incompetents really were.

Well overdue. Now, drop all the spiteful punitive prosecutions against all the other whistleblowers.

I am utterly out of practice in knowing how to react to unalloyed good news.

Should I seek a snark – why not compensate for the loss of amenity, income and reputation & goodwill due to vexatious & now decreed unjust persecu..sorry, prosecution?

Or would that be churlish at this joyous moment?

No it wouldn’t, but surely Bernard needs to have his defence expenses paid for him too. There is plenty of scope in this ‘story’ to go you would think.

I don’t think that Mark Dreyfus has finished with this matter, merely putting Bernard Colleary’s mind at ease.

Then I might begin to believe some justice has been done. Failing to do these things will show that all the NewGov wants to do is sweep an unsightly mess under the carpet and that the basic lessons of justice and responsible government were unlearned.

There should also be an official inquiry into the disgraceful affair, including the original bugging in Timor. But I suspect that anything further than dropping the case is unlikely, because Labor acquiesced for an unconscionably long time.

Good, now for the war crimes charges Mark Willacy has uncovered, and time for Dreyfus to get Assange home, the kids in prison camps in Syria and we closed all the refugee prisons and started to behave like a civilised nation instead of savages.