NZ PM Ardern calls on business to step up

At a business breakfast in Melbourne, New Zealand Prime Minister Jacinda Ardern called on more businesses to do their part to increase sustainability practices.

New Zealand Prime Minister Jacinda Ardern has called on businesses to do more to increase sustainable practices while re-affirming her country’s climate change commitments during a visit to Australia.

Ms Ardern, who recently signed a free trade deal with the European Union, said climate change remains “one of the most pressing issues” in Australia and NZ as the world continues its post-pandemic recovery.

“The war (in Ukraine) and supply chain constraints are hitting all of us,” Ms Ardern said at an ANZ Banking Group hosted breakfast in Melbourne on Tuesday.

“So too is the biggest pre-COVID challenge that we face. Climate change remains one of the most pressing issues for both of our countries and indeed the world.”

NZ’s EU free trade deal allows for the implementation of sanctions if climate change requirements are not met.

The country is on track to become the first in the world to price agricultural emissions in 2025.

Ms Ardern said both Australia and NZ must partner with businesses to succeed in the fight against climate change and applauded the new Labor government’s zero emissions target.

“Both our countries are setting very ambitious goals. Your new government has reaffirmed its commitment to reduce greenhouse gas emissions by 43 per cent from 2005 to 2030 … and to achieve net zero emissions by 2050,” she said.

“Our NDC (Nationally Determined Contribution) is set at 50 per cent and sits alongside our targets of 100 per cent renewable electricity generation rates and a carbon neutral public service by 2025.”

Ms Ardern, 41, received a traditional Welcome to Country as she met business delegates from NZ and Australia to discuss the importance of sustainable practices.

“When we’re trying to validate, monetise and commercialise our natural capital base, we need to be very cognisant of a range of issues, the range of complexity, which includes cultural complexity in terms of the way our ecosystems function and bolt together,” he said.

Ms Ardern also met with Victorian Premier Dan Andrews, before visiting the Monash Innovation Centre to witness the signing of a memorandum of understanding between Monash and NZ. 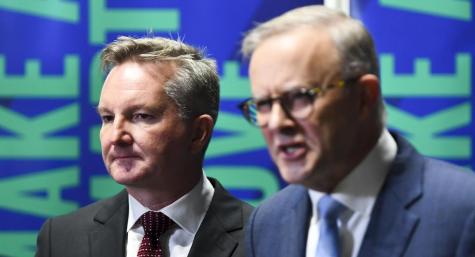 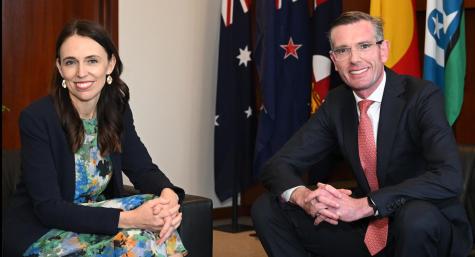 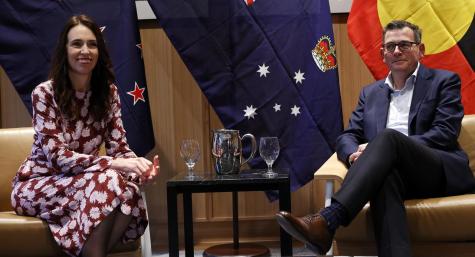