What would a review of the Reserve Bank accomplish other than allowing every critic to offer their own ideological take on monetary policy?

As we await another punitive rate hike from the Reserve Bank, thoughts turn toward the much-mooted review of the RBA being prepared by the government.

Until recently, the case for a review was dubious at best. Unusually, the bipartisan nature of calls for a review was evidence that something suspect was going on: all sides were bringing their baggage and political grievances to the table.

The review -- which began life as an idea from Labor and the Organisation for Economic Co-operation and Development (OECD) and later was adopted by then treasurer Josh Frydenberg -- would have allowed Labor to go after the bank for holding interest rates too high before the pandemic, allowed right-wing economists to go after it for holding rates too low and to try to get rid of full employment from the Bank's mandate, and allowed a Coalition government to go after governor Philip Lowe for his now-abandoned advocacy for more stimulus and higher wages.

Read more about why a review of the RBA should be on the table... 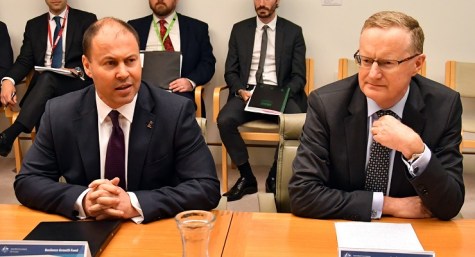 RBA review offers plenty for everyone — and a chance for a get-square by the government?