The Reserve Bank has raised rates 0.5% for the second month in a row and intends to lift them by more.

The Reserve Bank will lift interest rates by another 0.5% after today’s July board meeting, with the cash rate target rising to 1.35%. The rise will crunch mortgage holders with the second 0.5% rate rise in a row, on top of a 0.25% rise in May.

The RBA remains convinced that the economy is strong and households can handle plenty of financial pain. “Households have built up large financial buffers and are benefiting from stronger income growth,” RBA governor Philip Lowe said in his post-meeting statement, in which he promised more pain was on the way.

He also continues to insist that higher wages growth is just around the corner: “the Bank’s business liaison program and business surveys continue to point to a lift in wages growth from the low rates of recent years as firms compete for staff in the tight labour market”. The wage price index was stuck at 2.4% in the March quarter, the same low rate as before the pandemic.

Lowe is anxious for Australians to understand that these unprecedented rate hikes are simply a return to normal. “Today’s increase in interest rates is a further step in the withdrawal of the extraordinary monetary support that was put in place to help ensure the Australian economy against the worst possible effects of the pandemic,” he noted, stating that this support is no longer needed.

And there’s more pain to come for households. “The board expects to take further steps in the process of normalising monetary conditions in Australia over the months ahead,” Lowe said. 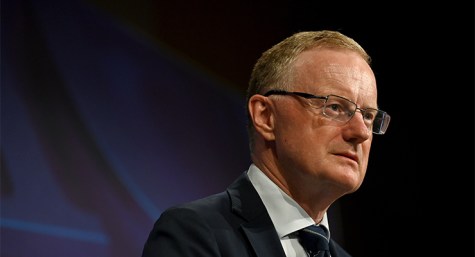 Up, up and away: home owners face a year or more of rate rises as central bank bites inflation bullet

LOW is correct but the offset is access to super funds to buy houses, This has been on since 2008, the debt figures are freely available on the net. The gov has been pumping up the economy since the GFC on debt. So when the MMT people said that
” deficits don’t matter” and some fell for that, the (LIBS and NATS and GREENS and LABOR) this is the result of it because we have reporting journalists who can’t see past the politics and personalities.

So now we are here, have a look at the membership of the RBA board.

And what data did they use this time? The vibe?

With the rising of prices, there’s already pressure to spend less. This is rubbing salt in the wound.

More to come. 1.35% OCR is pretty low with inflation running around 7%.