The relationship between Australia and France appears to have been fixed following a meeting between Emmanuel Macron and Anthony Albanese over a submarine deal.

French President Emmanuel Macron doesn’t want an apology from Prime Minister Anthony Albanese over the handling of the submarine debacle, because he “is not responsible for what happened”.

Mr Macron embraced the new prime minister after he arrived at the Elysee Palace in Paris on Friday, for their first official meeting after Australia scrapped a $90 billion submarine contract last year.

Mr Macron was asked if Mr Albanese should apologise over the handling of the deal, but the French president indicated the relationship had mended.

“We will speak about the future, not the past,” Mr Macron said.

“He (Mr Albanese) is not responsible for what happened.”

The previous coalition government’s decision to dump the contract with Naval Group in favour of acquiring nuclear-powered submarines under the AUKUS partnership with the UK and US damaged the relationship.

France temporarily recalled its ambassador from Canberra, and Mr Macron told Australian reporters that former prime minister Scott Morrison had lied to him.

Mr Albanese visited France following Mr Macron’s invitation in a bid to “reset” the relationship between the two countries.

Australia will pay the French company about $830 million in compensation for the cancelled contract.

Mr Macron warmly welcomed Mr Albanese upon his arrival to the palace, and placed his arm around his back.

He also kissed Mr Albanese’s partner Jodie Haydon on the hand before introducing them to his wife Brigitte.

In an opening statement, Mr Albanese said his visit represented a “new start” for the relationship.

“Trust, respect and honesty matters. That is how I will approach our relations.”

The leaders discussed climate change action, the war in Ukraine, Pacific policies and expanding cultural exchange between the two countries through the arts and education.

Mr Macron said France and Australia would be taken to “new horizons” through repaired relations.

Previously, Mr Albanese said the meeting with Mr Macron on July 1, the start of a new financial year was an “appropriate time” to enter a “new dawn” between Australia and France.

The prime minister said the nation’s lack of climate change action and “breakdown” of the relationship with France had stalled negotiations for a trade deal with the European Union.

Later that day, Mr Albanese visited the art museum Fondation Cartier, which has an exhibition honouring the life of First Nations artist Sally Gabori, who died in 2015.

Addressing those gathered for the event, Mr Albanese declared his government will promote arts and culture, and support a greater exchange with France.

He also reaffirmed his support for constitutional recognition of Indigenous people.

Mr Albanese is yet to confirm if he will travel to the Ukrainian capital Kyiv, following an invitation by President Volodymyr Zelenskiy, due to underway security assessments.

The prime minister is expected to return to Australia early next week. 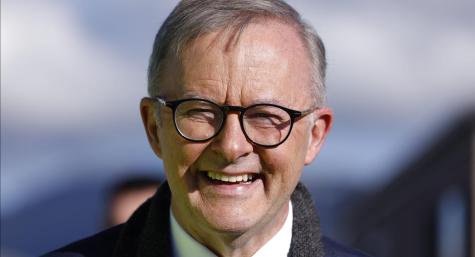 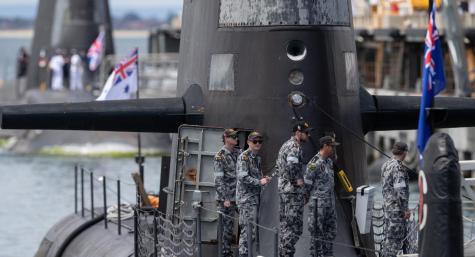