Australia's new arts minister aims to have federal policy on culture industries in place before the end of the year with consultations to begin on Friday.

Arts Minister Tony Burke will begin consulting on Australia’s approach to culture, aiming to have government policy in place by the end of 2022.

Labor’s last attempt at an overarching culture plan, Creative Australia, took six years to develop and was scrapped by the coalition within six months of the 2013 election.

Mr Burke told AAP the government will move faster this time around, with consultation starting on Friday.

The plan will include consideration of pay and entitlements for arts workers, many of whom lost their jobs during the pandemic and were excluded from the $90 billion JobKeeper program.

Most of Labor’s election promises for the arts sector did not come with dollar signs, its biggest pledges being $80 million for a national Aboriginal art gallery and $84 million for the ABC.

They followed the coalition cutting arts funding by about $190 million, or 20 per cent, in its last budget.

Monash University media and communications lecturer Ben Eltham said Labor’s modest promises disappointed many, and the sector is now pinning its hopes on the October budget.

Dr Eltham, who was involved in the Fund the Arts campaign during the election, said institutions urgently need more money.

“If there’s no new funding in the budget, that’s a worry. This is not rocket science, we actually know what needs to be done, we need more public investment,” he told AAP.

“There are parts of the sector that are really crying out for more support, we know some federal cultural institutions like the National Gallery are literally falling down or have major maintenance problems as a result of years of underinvestment,” he said.

Mr Burke is well aware of the issues, with “strong institutions” a pillar of the ill-fated Creative Australia policy.

As for live shows, the minister said it’s too early to make big commitments because venues face starkly different situations on the east and west coasts.

“There’ll be some which have survived the pandemic but because of capital are still in a really fragile state,” he said.

“So we need to get a proper sense of where that’s at across the country before we’re really able to make sure we land the policy correctly.”

Mr Burke would not be drawn on whether the government should fund large-scale imported shows over local productions, saying those decisions should lie with the Australia Council.

The country’s official arts council faced repeated funding cuts under the coalition and Mr Burke said the restoration of that money would come down to policy consultations and the next budget.

The new government is also facing a battle over local streaming content quotas.

Mr Burke said the likes of Netflix should not be surprised that he expects a significant advancement in Australian content.

“The longer we leave it the harder it becomes, we need to to act and the cultural policy review is a critical moment where I want us to be making decisions on it,” he said.

Streaming giant Netflix spent more than $100 million on original and co-commissioned Australian content in 2019/20, but has opposed a quota system.

Dr Eltham wants a 25 per cent quota, and has called on Labor to be ambitious with streaming quotas and its broader arts agenda.

“Tony Burke said a lot of very positive things about how Labor values the arts, and the importance of the arts to the government. Now’s the time to deliver,” he said.

Submissions on the cultural policy are open until late August. 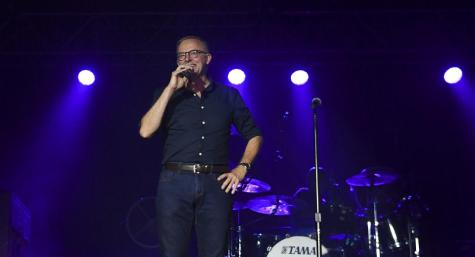 Neglect, sabotage of the arts over: Burke 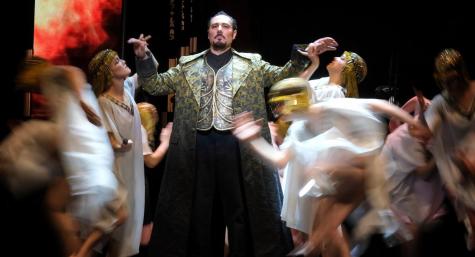