Titus Day, the former manager of Guy Sebastian, has been found guilty of dozens of charges that he fraudulently embezzled money out of the pop star.

The former manager of Guy Sebastian will likely be sent to jail after he was found guilty of dozens of charges that he fraudulently embezzled more than $600,000 out of the pop star.

Titus Day, 49, had pleaded not guilty to more than 50 charges alleging he embezzled almost $900,000 owed to Sebastian through royalties, performance and ambassador fees.

But a jury on Thursday convicted him of 34 charges, while they found him not guilty of 13 charges.

Crown prosecutor David Morters SC applied for Day’s bail to be revoked after he was convicted of most of the charges against him.

“The complainant put his trust in his manager and largely relied on the offender to properly account for the monies he was receiving into his trust account on behalf of the complainant,” Mr Morters said on Thursday.

“And has systematically over an extended period of time taken that money for his own benefit.”

Judge Timothy Gartelmann said there was no other alternative to Day being sentenced to full time imprisonment and adjourned the detention application for Friday.

The jury was told no contract was ever formalised between Day and Sebastian when he took over managing the Australian Idol winner via his company 6 Degrees between 2009 and 2017.

The entertainer said he was promised a stake in the company as his “foundational client” and a 10 per cent ownership of Solar D, a sunscreen brand Day created.

But Sebastian said this never eventuated before the pair’s hostile and acrimonious split in 2017.

As early as 2014 Sebastian tried to reconcile anomalies he found in a total payment of $494,360 he earned for accompanying Taylor Swift four times on her Red Tour in Australia in 2013.

“It was like getting blood out of a stone,” Sebastian said.

The pop singer giving evidence said he broke away from the manager when their relationship “was on tenterhooks,” and the split was highly emotional.

But after trying to recover lost monies Sebastian filed a civil lawsuit in the Federal Court in July 2018.

Two years later he approached police when he says he discovered criminal behaviour.

This was his signature allegedly forged on documents with Premier Music for “neighbouring rights” he discovered upon trying to sign with the company himself.

“A lot of this I couldn’t get answers … didn’t have solid evidence until I received the Premier Music emails,” Sebastian said.

“Things in there I deemed to be criminal and I realised it was the right thing to do.”

Days before Sebastian approached police Day served an AVO on the singer, who said the move was a direct threat.

“I knew Day would stop at nothing.”

From the outset the trial that began nearly two months ago has been plagued with delays following the death of the first presiding Judge Peter Zahra, who suffered a stroke.

About the same time Sebastian also tested positive for COVID-19 and had to isolate, unable to give evidence, with the Crown prosecutor later contracting the coronavirus.

The bail hearing will return on Friday. 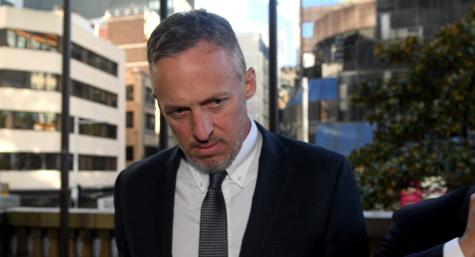 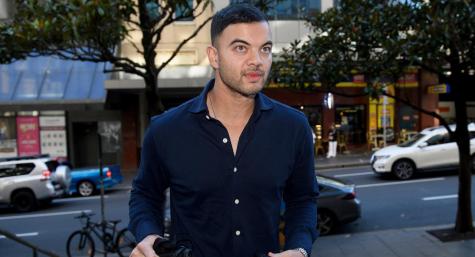